KANSAS CITY, Mo. — Thousands of young girls in the metro are waiting with giddy anticipation to see Taylor Swift at the Sprint Center next month, and seven-year-old Jordan Overcast is one of those young fans.

Her family says she loves Swift and has shaken off unimaginable obstacles and hopes Swift takes notice.

Rolling down the road like a boss, perched on a Harley, hands out to admiring fans, little Jordan Overcast is getting the star treatment.

A poker run and auction, part of a benefit to help the little warrior, who is battling a brain tumor and radiation treatments in the fight for her life.

Jordan’s family says singing and dancing to Taylor Swift’s music gets her through the pain of radiation treatments.

“She’s always cheerful she never lets anything get her down no matter how sick she is she always has a smile on her face,” said Misty Overcast, Jordan’s mother.

Especially while she’s singing to some of Swift’s sweet melodies.

“She’s an angel a true angel here on earth  that has spread her love  her smile her joy  I learned so much from her she’s infectious very infectious,” said Jordan’s grandmother, Donna Overcast.

Jordan’s smile is infectious, and so is her story, which is one her big brother hopes Swift hears, because Jordan’s wish is to meet Swift and thank her for helping her battle cancer.

Family and friends offer hugs of hope and support in the meantime, for the little girl who doctors say they’ve done everything they can for. The family says they are relying on hope and prayer and are thankful for the love story surrounding their little girl.

“You will never know how much this means and she will never forget this,” said Donna.

Jordan has tickets for Taylor Swift’s concert September 22 at Sprint Center, but she still hopes there’s a chance she can go backstage to meet the pop star.

You can help out by using the hashtag #TaylorMeetJordan on social media, and tagging Taylor Swift. 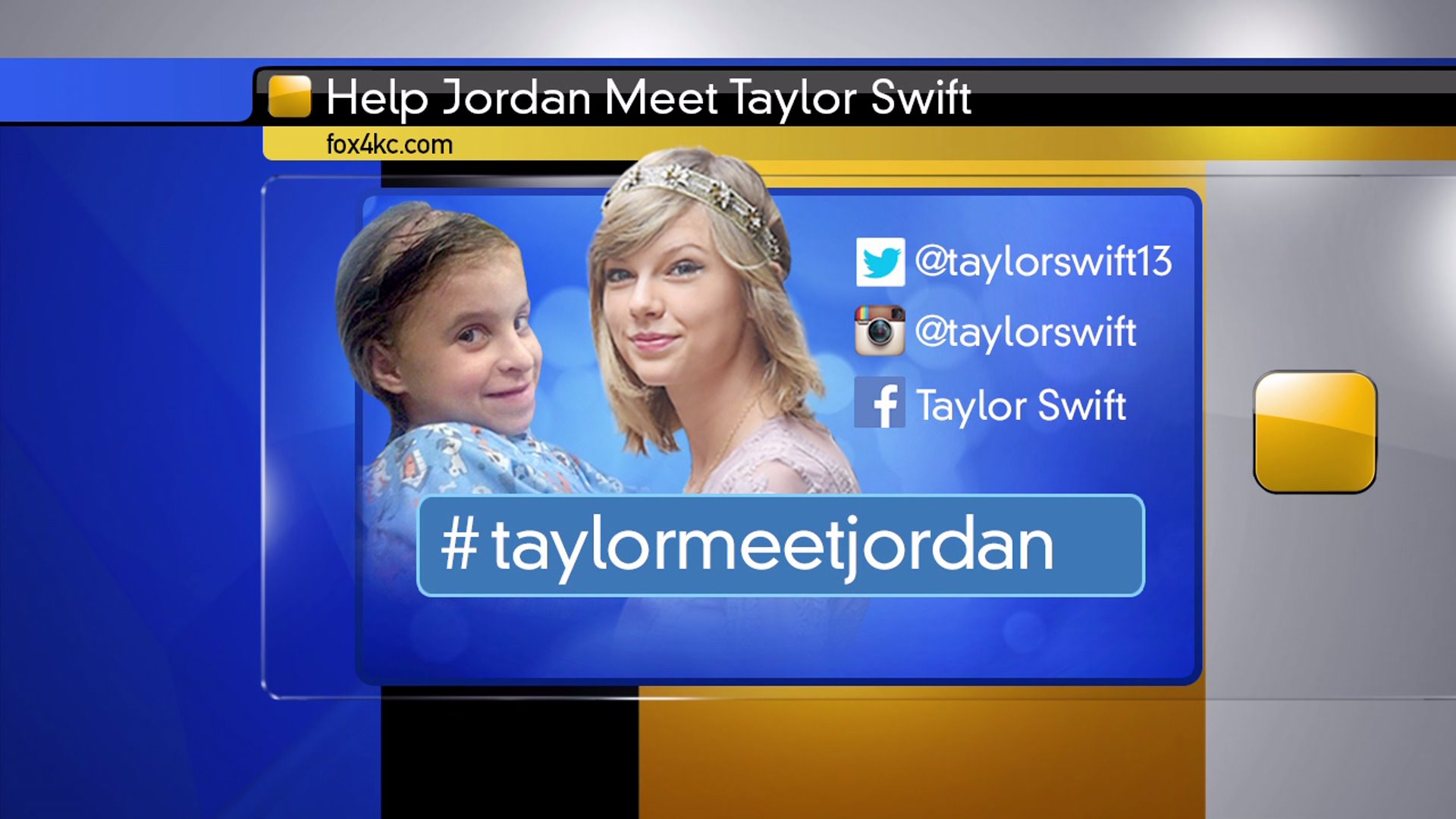 School should have flagged student's behavior before shooting, expert says