MAYSVILLE, Mo. — Josiah Godbey’s 10-acre family farm in Maysville has been idle for many years. But the 25-year-old Army veteran hopes he’s sitting on a gold mine.

Godbey is one of many who plans to apply for a state license to grow industrial hemp in Missouri’s new pilot program.

“Hemp used to be a huge part of Missouri’s agricultural history,” he said.

Godbey, and many others, are hoping our region’s hemp history repeats itself.

After applying for a license with Missouri’s Department of Agriculture, farmers like Godbey, if approved, can grow between 10 and 40 acres of hemp. Missouri lawmakers approved the program last spring and set a limit of 2,000 acres, statewide, that can be farmed for hemp.

And although the first industrial hemp seeds won’t go into the soil until early next year, elected officials on both sides of the state line recognize the potential of a new cash crop for local farmers. 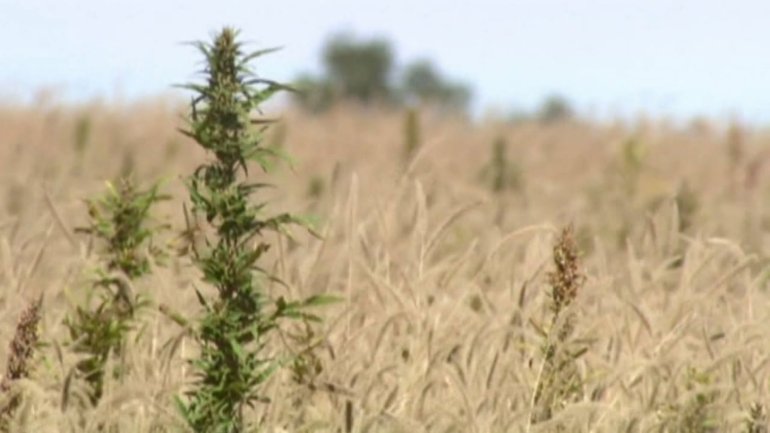 “I’m hoping that it will provide another avenue for our agricultural community to grow,” Kansas Governor-Elect Laura Kelly told FOX4. “So I’m all for it. I voted for it, and I continue to support efforts to expand that.”

Decades ago, Missouri and Kansas used to be known as the “hemp belt.”

“Hemp is one of Missouri’s original agricultural products,” said Eapen Thampy with Heartland Priorities. “In fact, when Daniel Boone came here, it was a big deal.”

Growing industrial hemp became illegal in the 1970s when the federal government beefed up the criminal code on marijuana and related products.

But hemp, a cannabis cousin of pot, lacks the THC found in marijuana that makes people get high. Although hemp lacks the psychoactive ingredient of marijuana, it’s a sturdy plant with more than 20,000 uses.

“You have biofuel. You have hemp concrete. You have plastics,” Danielle Friedrichs with Hemp Life Kansas City said.

All of which adds up to the potential for a major new industry, according to industrial hemp supporters.

“When you look at the textile industry and all the benefits that people can actually produce from hemp, in the long-term it will be beneficial,” Missouri State Rep. Brandon Ellington (D-Kansas City) said.

“The textile industry might actually come back to the United States because of hemp,” Eapen Thampy added. “Farmers in Missouri could be making more money than they do with soy or corn or hay.”

Back in Maysville, Godbey figures he has the land and some wild hemp plants already growing, so he figures he’d be foolish to miss out on giving hemp farming a try.

Editor’s note: FOX4 learned after this story aired and was published Wednesday night that Josiah Godbey was arrested and charged in DeKalb County with delivery of a controlled substance, unlawful use of a weapon and second-degree assault.