INDEPENDENCE, Mo. — An officer hurt in the line of duty returned home Friday  and many in the community lined the streets to greet him.

Eight months ago, on March 29, Officer Tom Wagstaff was shot in the head while responding to a burglary.

Police say it began when two of the suspects, Joseph Wyatt, 29, and Ronar Santago-Torres, 27, knocked on the door of a home at 35th and Delaware and told the homeowner they were looking for their lost dog. They also reportedly offered gutter cleaning. The homeowner sent them away.

Moments later the two men returned. Police say Wyatt and Santiago-Torres knocked on the 82-year-old homeowner’s door again, and when he opened it, the two are accused of threatening him with a gun, forcing their way in, tying him up and beating him. A friend of the family was watching a remote video feed of the house, saw what was happening and called police. Police say when they heard the sirens, Wyatt and Santiago-Torres took the victim’s car keys and drove his SUV through the garage door to get away.

Gunfire was exchanged between the suspects and police. Officer Wagstaff was hit in the head.

After a short chase, police caught all the suspects as paramedics rushed Officer Wagstaff to the hospital in critical condition.

A doctor treating Wagstaff called his recovery ‘remarkable’. Less than a month after he was shot, he was transferred to a rehabilitation center in Omaha, Neb., where he has been working on his recovery.

On Friday members of the community waited for his return in a police procession. They brought signs and cameras and cheers for him. The police car he was riding in stopped for a moment so a fellow officer, and then Wagstaff himself, could address the cheering crowd. 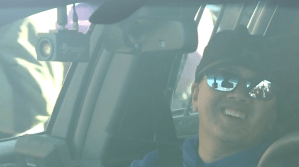 “Ladies and Gentlemen Officer Wagstaff and his family want to thank you all from the bottom of their hearts for all of your support over the last 8 months and he is excited to be home here in Independence,” his fellow officer said.

Then Officer Wagstaff spoke. His statement was brief, but his voice was strong.

“Thank you all for coming out. It’s really great to be back,” he said.

On Saturday, Wagstaff will also be honored at a Hero’s Welcome event at First Baptist Church of Blue Springs on Little Blue Parkway. That begins at 2 p.m., and the public is also invited to show their support there.

Joseph E. Wyatt, 28, and Ronar Santiago-Torres, 28, are both charged with first-degree robbery,  armed criminal action, first-degree burglary and kidnapping. Prosecutors requested a bond of $500,000 cash for each. Prosecutors later added a charge of assault against a law enforcement officer. 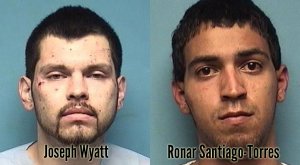 Their separate jury trials are currently scheduled for spring and summer of 2018.

WASHINGTON D.C. — The job market took a big step toward healing in May, though plenty of damage remains, as a record level of hiring followed record layoffs in March and April.

The Labor Department reported Tuesday that the number of available jobs rose sharply as well but remained far below pre-pandemic levels.

WASHINGTON D.C. -- The number of coronavirus cases in the United States has doubled in the span of a week, yet officials are saying this is still the first wave of the pandemic.

"We are still knee-deep in the first wave of this," Dr. Anthony Fauci, director of the National Institute of Allergy and Infectious Diseases, said in a Facebook and Twitter livestream Monday. "I would say, this would not be considered a wave. It was a surge, or a resurgence of infections superimposed upon a baseline ... that really never got down to where we wanted to go."

KANSAS CITY, Mo. -- A former police officer has been sentenced to four months in jail after causing a fatal crash near Arrowhead Stadium in 2018.

Thirty-five-year-old Terrell Watkins was sentenced on July 7 after pleading guilty to first-degree involuntary manslaughter, two counts of second-degree assault and a misdemeanor careless and imprudent driving.