When computer scientists, programmers and other tech-driven roles are portrayed on-screen, there's usually a specific “look” attached to those roles.

Now two dynamic women, along with the help of Google and the GODCOMPLX web series, are aiming to change that look, both on screen and IRL.

It's a web-series that features computer scientists from all walks of life – women, people of color, people of different faiths, people with disabilities, and people who identify as LBTQIA+. Season 2 of the series was just released in May. 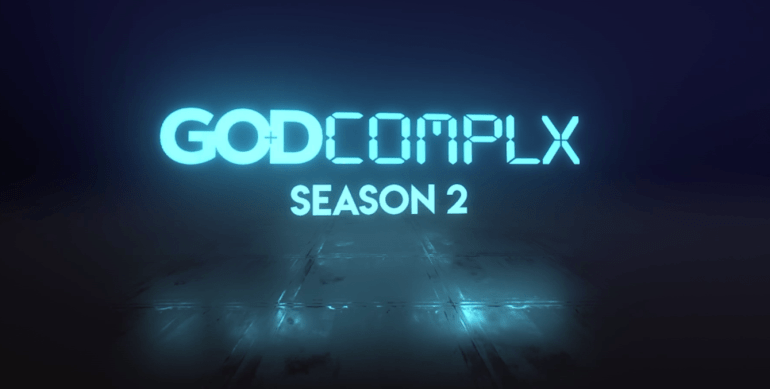 “Every time you see a computer scientist or someone who is creating technology on screen, it’s usually a white or Asian male with glasses and a hoodie and flip-flops and you know that image is fine, but we want to make that more inclusive at Google,” Greene said.

According to a Geena Davis Foundation 2018 statistic, “82.7 percent of girls and women think it is important to see girls/women in STEM in films and television, but only 37.1 percent of STEM character portrayals are female.”

In Hollywood, despite gains in front of and behind the camera, women and minorities remain underrepresented in film and television.

It’s no secret that major opportunity gaps exist for underrepresented groups and many industries are now being challenged to bridge those gaps through diversity and inclusion initiatives.

Changing the model from the inside out

From the start, Claire and Daraiha had one goal in mind when developing GODCOMPLX: to create access and job opportunities for qualified underrepresented individuals in hopes that it will become a norm.

Girl power was in full effect with their 95% female crew of writers, producers, cinematographer, directors and more. Morenike Joela, who was the director on season 1 of GODCOMPLX was promoted to showrunner and director for Season 2.

“You need your writer’s room to have diverse experiences and opportunities. How else are you going to write stuff that connects with an audience?” Joela said.

Tech mash up coming together to be allies

Together with Google, Greene and Brown launched Google’s first ever Tech + Entertainment Mash Up, which was held at Google’s trendy Spruce Goose Hangar in Los Angeles.

“We have a great event at Google, where we highlight the intersections between computer science, and other industries like music, dance, fashion, sports, theater and storytelling,” Greene said.

Students and parents were invited to preview season 2 of GODCOMPLX and interact with new technologies in VR, AR, coding and filmmaking during breakout sessions.

Staying true to their form, Greene and Brown wanted the event to be as inclusive as possible.

“We are bringing in 150 kids from all around the LAUSD school district, and really wanted to also reach out to  the LGBT center and we are bringing in kids from there and just to give kids that wouldn’t normally get access – access to something really special. And again, giving them opportunities and get them excited about their futures and that’s a dream of ours in bringing both these worlds together,” Brown said.

“It’s so important now that we take the role as allies and invest in communities that are underrepresented and make sure we have a more diverse workforce,” Valeisha Butterfield Jones said.

After the preview of GODCOMPLX at the MashUp, the inspirational panel used the show as an example to encourage the young audience to believe that they can achieve anything they set their minds to despite any hardships they may be facing because “if you see it you can be it.”

Season 2 of GODCOMPLX is currently streaming on Amazon Prime.

KANSAS CITY, Mo. -- Goodwill is trying to stay ahead of the robotic revolution and train its employees on the latest technology.

LEE'S SUMMIT, Mo. -- As heart awareness month continues, one man is hoping to educate and raise awareness about the unexpected dangers of the disease, one of the leading causes of death in America.

“With the fever and what I had, symptoms, I thought I had the flu,” 34-year old Ryan Harshner said.

KANSAS CITY, Mo. -- Residents of Nob Hill Apartments in South KC have just weeks left to pay up or get kicked out. The units are owned by troubled TEH Realty, which has come under fire nationwide for deplorable living conditions at its properties.

Many who have lived in TEH Realty properties, including Nob Hill, have called it a living hell.