OLATHE, Kan. -- Zoey and Zavier Mendoza were inseparable until a bullet fired by a 13-year-old took her brother away forever.

"His life, his smile, his family, ever getting to see another day." That's what 16-year-old Zoey said was stolen from her brother. 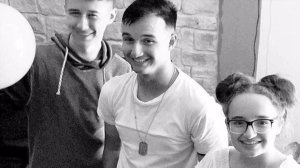 A 13-year-old boy who police said Zavier knew is now charged with second-degree murder in the shooting death of the Olathe teen.

Fourteen-year-old Zavier was found shot to death just after 2 a.m. Thursday near his home in the Blackbob Court Townhomes off 125th Street in Olathe.

The rash of multiple homicides of teenagers is what law enforcement officials are calling an epidemic, taking the future from young people and changing families forever.

Zoey and Zavier saw a movie together Wednesday night, then went their separate ways. Zavier went home, and Zoey spent the night at a friend’s house.

"I am just wishing we could have one of those nights again. Just one more,” Zoey said of the last time she saw her brother.

The call she got Thursday morning broke her heart.

"Zavier's been shot and killed,” she heard her aunt say. “I froze and so I was in shock. I couldn't believe it."

The one person she wanted to run to in a time like that had been ripped away.

"I would come home really sad or after a tough day, and he would stop what he was doing just to make sure I was OK," Zoey said.

The grief of gun violence is now gripping another family, and no one can make it OK.

"Everyone has so much potential and can do so many great things if they just put that love into themselves and into each other,” Zoey said. “Because if we just cared about each other more, my brother would still be here today."

The Medoza family is now planning Zavier's funeral. If you would like to help with that, a GoFundMe page has been set up to help with expenses.

According to police, just before 1:30 a.m. an off duty officer saw a white SUV driving on Mill Street and firing shots.

Leavenworth woman sentenced to 3 years for death of son