“I still don’t think it’s real. I feel like I’m going to wake up tomorrow and she’s going to be there,” said Chester Hill, Rayauna’s grandfather.

Chester said he just talked to his 17-year-old granddaughter Rayauna on Saturday afternoon. She wanted to borrow money for a night out with friends.

“I said, ‘Well, come by the house.’ You know, and she never came by. And that’s the last time I heard her voice,” he said.

Chester said Rayauna and a group of friends ended up at Sarah Colman-Livengood Park on Lane Street in Raytown.

He’s been told there was some kind of argument that Rayauna wasn’t directly involved in, and a hail of gunfire erupted. Rayauna was hit and collapsed.

Her friends tried to help, but couldn’t save her. The teen later died at an area hospital. 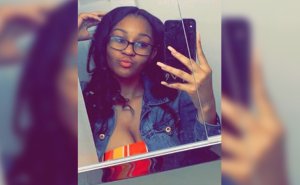 “She was resilient. She loved people. That smile I will just miss, and her voice,” her grandfather said.

Chester said Rayauna had been a track athlete for years, most recently at Raytown South High School. She had dreams of launching a fashion business one day.

He’s frustrated those dreams won’t be realized, like so many other young people around Kansas City who have been lost to violence.

“It’s something that has to stop. The adults have to get involved,” Chester said.

He believes young people are crying out for help, and it’s going to take more than the efforts of a few small groups to make changes and provide resources to help save lives.

Police are still searching for suspects in Rayauna Hill’s murder. At least two people were spotted running from the scene after the shooting Saturday.

“If you know something, let somebody know. If not, it’s going to continue. And then you’ll have another senseless homicide,” Chester said.

Christo Vladimirov Javacheff, who was known for his monumental environmental artworks with his late wife, Jeanne-Claude Denat de Guillebon, has died. He was 84 years old. Together, known simply as Christo and Jeanne-Claude, they wrapped iconic landmarks in fabric, such as the Pont Neuf in Paris in 1985 and the Reichstag in Berlin in 1995; and mounted thousands of orange gates in Central Park, redolent of Japan's sacred torii gates,…

Popular landmarks across Washington, DC, were defaced with graffiti during the second consecutive night of protests in the nation's capital over the death of George Floyd, an unarmed black man in Minneapolis who was pinned down by police. "In the wake of last night's demonstrations, there are numerous instances of vandalism to sites around the National Mall," the National Park Service for the National Mall said in a tweet with photos of defaced monuments.…

In the midst of protests and destruction around the nation, a moving scene unfolded Sunday in New York when some of the city's police officers knelt with protesters. Aleeia Abraham shot a video of the officers taking a knee during a march in Queens calling for justice for George Floyd, who died while being arrested in Minneapolis, and in protest of the senseless killings of other black people. In the video, the protesters…