KANSAS CITY, Mo. — Video released on Monday shows a new view of the moment an Independence police officer used a taser on a teenager.

Timothy Runnels was sentenced to four years behind bars for the 2014 tasing arrest that put teenager in a Bryce Masters coma. Runnels said Masters wouldn’t cooperate and that drug paraphernalia was found in Masters’ car. Runnels stated he ordered Masters to get out of his car several times, but he refused during his arrest in September 2014.

This picture of Masters in the hospital following the arrest that was also just released as part of a larger release of documents related to the investigation: 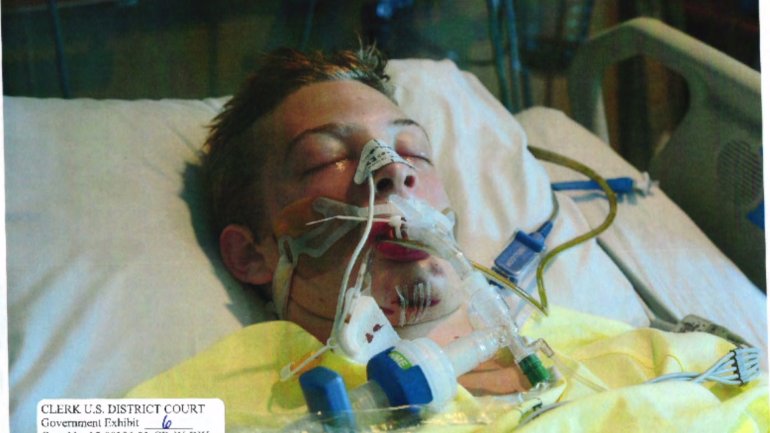 As part of his guilty plea, Runnels admitted that he violated the teenager’s civil rights during the arrest by intentionally dropping him face first on the ground while Masters posed no threat. According to court documents, Runnels also admitted to injuring the teenager.

Court filings also say the government proved that Runnels deployed his taser, hitting Masters in the chest and allowing the current to run for about 20 seconds, which is four-times longer than officers are trained to have their tasers deployed.

Masters suffered cardiac arrest, but survived due to medical treatment given at the scene and at a hospital.

Runnels is ordered to begin his sentence at the start of August, and will be on supervised release for two years after he gets out of a federal prison.

The Masters family gave this statement following the release of Runnels’ sentence,which reads in part:

“While we are pleased that Mr. Runnels was held accountable for his actions, no one really wins in this scenario. Two law enforcement families were devastated by these events and we all simply wish that day had never happened.”