MINNEAPOLIS — An independent autopsy found that George Floyd’s death was a homicide and the unarmed black man died of “asphyxiation from sustained pressure.”

The autopsy says compression to Floyd’s neck and back led to a lack of blood flow to his brain.

Floyd was essentially “dead on the scene” in Minneapolis on May 25, said Ben Crump, attorney for the Floyd family. Multiple videos of Floyd’s death show former police officer Derek Chauvin’s knee on Floyd’s neck, along with other officers kneeling on his back.

Chauvin had his knee on Floyd’s neck for 8 minutes and 46 seconds in total and two minutes and 53 seconds after Floyd was unresponsive, according to a criminal complaint released by the Hennepin County Attorney’s Office.

“There is no other health issue that could cause or contribute to the death,” said Dr. Michael Baden, one of the independent medical examiners. “Police have this false impression that if you can talk, you can breathe. That’s not true.”

CNN reached out to Hennepin County officials after the press conference for comment.

A homicide is the death of a person caused by another person. It includes murder and manslaughter.

The independent autopsy’s findings come after the Hennepin County Medical Examiner found “no physical findings” to “support a diagnosis of traumatic asphyxia or strangulation,” according to the criminal complaint.

Preliminary autopsy results cited in the complaint said combined effects of being restrained, any potential intoxicants in Floyd’s system and his underlying health issues, including heart disease, probably contributed to his death. Toxicology results can take weeks.

Floyd’s cause and manner of death remain pending and is being investigated by local, state and federal law enforcement, the Hennepin County Medical Examiner’s Office said in a statement. 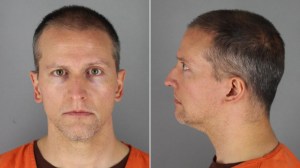 GARDNER, Kan. -- One person died and three others were injured in a four car crash near Gardner Monday morning.

The Johnson County Sheriff's Office said the crash happened around 8:30 a.m. at 175th and Four Corners Road, west of the city limits.

INDEPENDENCE, Mo. -- An Oak Grove teenager is asking for the community's help in identifying the driver who hit his car and didn't stop.

Madison said his 2004 Pontiac Grand Am was his lifeline. Now, it's totaled.

Every day the car took the 19-year-old from home to home while he delivered meals for Door Dash. Now, he's without his car and a job because he said someone hit his car near 23rd Street and Glenwood Avenue in Independence.

OVERLAND PARK, Kan. -- A cheer gym owner in the metro is rejoicing after a stolen equipment trailer worth $15,000 was recovered.

Johanna Lucas credited FOX4 and a Facebook group in part for the recovery.