KANSAS CITY, Mo. -- A baby girl was rushed to the hospital Thursday afternoon after Kansas City police say the child and a young woman rolled out of a car.

According to police on the scene at about noon, three people were shoplifting from the Target store at the Chouteau Crossings Shopping Plaza near Chouteau Trafficway and Cleveland Ave.  Police say when they tried to drive away with their stolen merchandise, the 4-month-old baby girl and a female suspect fell out of the rental car because a back door was apparently not properly closed and the child was not restrained in a car seat.

Witnesses tell police the male driver then sped off at a high-rate of speed and tried to get away with the other female suspect, but police rushed in and stopped the white, four-door Ford Fusion and its occupants.

Paramedics took the baby to the hospital and she's expected to be okay.

The suspects may be juvenile or young adults. The rental car, which has since been towed away, has Oklahoma license plates.

The FOX 4 News team on the scene says the car involved in the investigation is the white car in the picture below.  Police took the suspects to jail.

Look for more on fox4kc.com as new information comes in and on FOX 4 newscasts at 5 & 6 p.m. 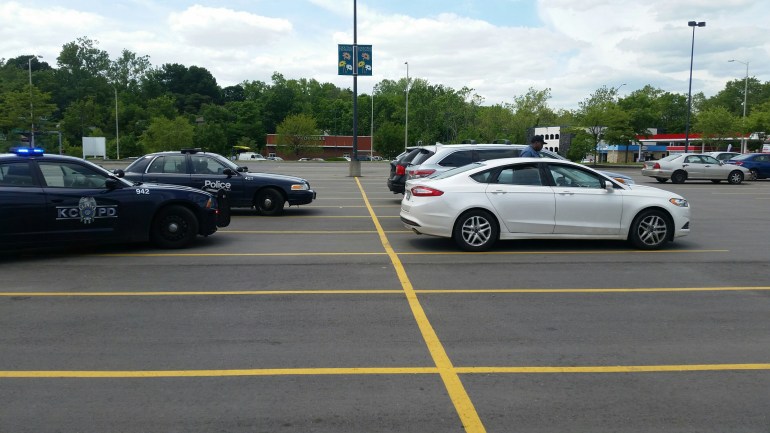