Picture of the Lansing prison

Picture of the Lansing prison

LANSING, Ks. — Frank Dustin Robinson was taken into custody early on Thursday morning by the Kansas City, Kansas Police.   Robinson was positively identified by Lansing Correctional Facility staff,  he was picked up and returned to the facility.  After being examined by medical staff he was placed in restrictive housing.

He had been placed on escape status after he walked away from the Lansing Correctional Facility’s East Unit Wednesday evening about 9:45 PM.  Robinson was reported missing when he could not be located in the facility.

The 30-year-old inmate is serving a 131 month sentence for aggravated assault, fleeing police, robbery and DUI out of Shawnee County, KS.  He was returned to Lansing on June 25th as a condition violator and was due to see the Prisoner Review Board in August to determine is new release date. 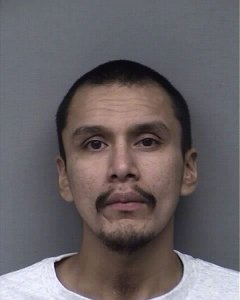