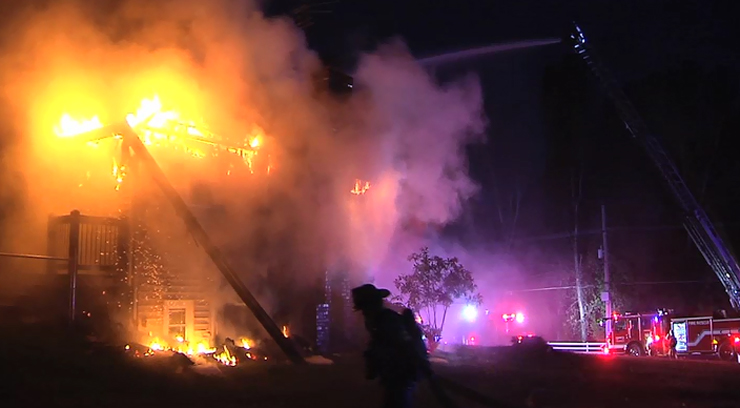 OVERLAND PARK, Kan. — Authorities have taken a person into custody on suspicion of arson at an Overland Park residence early Saturday morning.

Fire crews were called to a home near 165th Street and Metcalf Avenue around 6 a.m. Saturday. 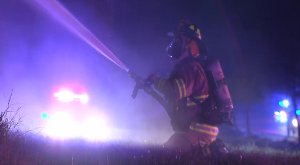 Crews also noted a small fire on the outside of a separate outbuilding.

Firefighters entered the home, but had to retreat due to the large volume of fire. They believed the home to be unoccupied, which a search later confirmed.

The home is a total loss. No one was injured in the blaze.

Authorities said a further investigation revealed additional evidence to conclude the cause to be arson.

The Johnson County District Attorney’s Office will review the case and make a decision on the charges.

The attorney for the family of 5-year-old Ariel Young shared with The Kansas City Star a voicemail recorded just moments after the wreck.

Kelly said the agency's server capacity will get a much-needed upgrade this month that will allow it to handle more claims. The Department of Labor has struggled to keep up with the flood of filings from jobless Kansans, while also combatting fraudulent cases, since last summer.

OLATHE, Kan. -- Mary Jane Cohorst was doing what she usually does, picking up the mail from the box in front of her home. But what she found inside was anything but usual.

There were five letters from the Arizonia Department of Economic Security. Inside each envelope was a debit card for collecting unemployment.

Change of judge denied, change of venue under consideration in Yust trial