KANSAS CITY, Mo. — Jerry Bausby will spend the rest of his life in prison for the murder and sexual assault of his daughter, Daizsa Bausby.

Bausby was sentenced to two consecutive life terms, one each for second-degree murder and sodomy. He was also sentenced to an additional four years for incest and seven years for sexual abuse. 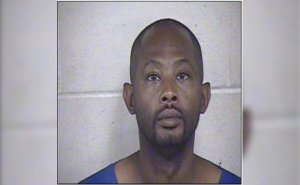 Eighteen-year-old Daizsa was found dead at the Four Acres Motel on Hickman Mills Drive on March 21, 2016. Investigators say she was sodomized, then suffocated.

At the time of her death, Daizsa was a senior at Southwest High School. Family members said she was looking ahead to college life and was in the process of earning her associate’s degree at Penn Valley Community College.

But after her death, family members started to suspect something was off with Jerry or that he may be somehow involved.

“We began to suspect, somethings not right, you know something,” said Daizsa’s aunt Gaye Martin. “That was the hardest thing to deal with, just to be in Daizsa’s shoes, to see her own father take advantage of her, she was helpless.”

Family members said Daizsa had been attempting to help her father with his drug problem before she was killed.

“She wanted to prove to the world that she was worthy of being loved….she didn’t deserve what Jerry did to her,” said Daizsa’s sister, LaLaKendra Bausby.