HOUSTON — Six people were escorted out of Joel Osteen’s church in Houston Sunday morning, according to KTRK.

Video from a Twitter user showed the hecklers being escorted out of  Lakewood Church.

In the video, Osteen can be heard from the pulpit saying, “Thank you all for your patience and we’ll just continue to receive what God has for us. It’s a good day to be alive.”

Twitter user Anwar Richardson told KTRK, “The praise and worship was good. His wife had just delivered a quick message. And the moment he started to preach, somebody gets up and they yell ‘Joel Osteen you’re a liar.'”

After the first heckler was escorted out, Osteen continued preaching only to be interrupted by a different heckler.

Richardson told KTRK he and his wife decided to leave with their son after the sixth interruption. 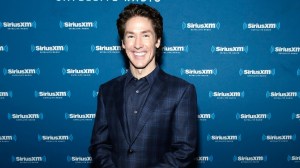