INDEPENDENCE, Mo. — A federal jury has awarded more than $6 million in damages to an Independence teen who was nearly killed by a former Independence officer with a stun gun during a 2014 traffic stop.

Bryce Masters was 17 at the time of the September 2014 confrontation with former Officer Timothy Runnels.

Witnesses testified that Masters went into cardiac arrest when Runnels shot him in the chest with a Taser after Masters refused to get out of his car. 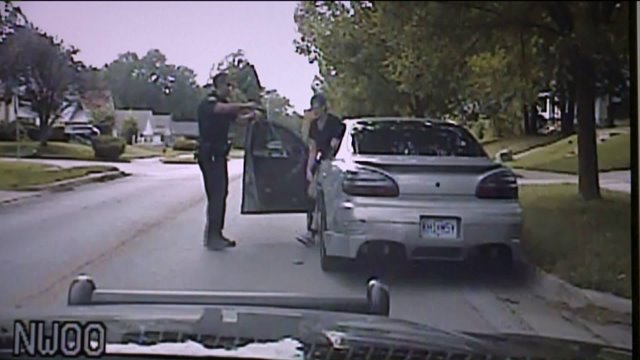 Masters filed a federal lawsuit in 2017 against the city, Runnels and TASER International, the company that makes the stun gun used by police.

The lawsuit alleged Masters’ heart had stopped for more than seven minutes by the time an ambulance arrived. No one had tried resuscitating him, and he was revived using a heart defibrillator.

Video from Runnel’s patrol car shows Runnels using the stun gun on Masters and, after Masters went limp from the electrical charges, handcuffing him and dragging him to the curb, where he dropped Masters on the pavement face-down.

“You don’t like to play by the rules, do you?” the lawsuit quoted Runnels as telling the unresponsive Masters, whose teeth were broken when they hit the pavement.

Runnels, in his response to the lawsuit, admitted to making that comment and shooting Masters with the stun gun after he resisted efforts to pull him out of the vehicle.

Runnels pleaded guilty to violating Masters’ civil rights and apologized in court to Masters, saying he never meant to harm him. Runnels was sentenced in June 2016 to four years in federal prison.

According to prosecutors in the criminal case, Runnels “continuously” shocked Masters with his stun gun while Masters was on the ground and un-threatening, then submitted a misleading police report that omitted or falsely described the amount of force he used.

“Today the jury sent a clear message to law enforcement that excessive force will not be tolerated,” said Masters’ attorney Kirk Presley. “This verdict upholds the constitutional provisions that protect us all from the abuse of power. As a result of this verdict, the Masters family can now truly begin to heal.”