DE SOTO, Kan. — A Kansas businessman is opening a new academy to train farmers to grow industrial hemp now that its production is legal.

The Topeka Capital-Journal reports that Joe Bisogno’s belief in the crop’s potential inspired him to open America’s Hemp Academy in De Soto. It plans to offer four-day courses led by agronomists and botanists starting in January.

“Industrial hemp is not pot, but it is a pot of gold for Kansas farmers,” Bisogno said during the academy’s recent ribbon-cutting ceremony. 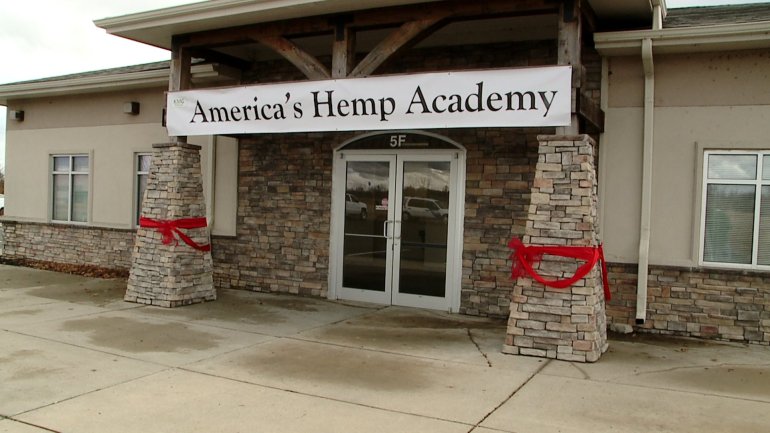 Industrial hemp and marijuana come from the same species of plant, but hemp is cultivated to produce small amounts of THC, the main component in the cannabis plant that produces a high.

Legislators approved legislation nearly unanimously this year to allow for the production of industrial hemp for research purposes. Republican Gov. Jeff Colyer signed it in April and said the goal is encourage the resurgence of hemp as a production crop and promote economic development in rural Kansas.

Colyer said farmers have expressed an interest, but that “there is a lot of work to do it right. It’s not going to be for everyone.”

Industrial hemp stalks can be converted to clothing, rope, carpeting, caulking, insulation, cardboard and newsprint. Seeds can be processed into coatings, solvents, varnishes, inks and fuel. Lotions, soaps and shampoos can be produced from stems, and CBD oil can be extracted from its flowers, an option for pain relief without the marijuana high.

Bisogno started the Mr. Goodcents sandwich-shop chain in 1988 and said his interest in hemp started five years ago when he asked the Kansas attorney general’s office whether hemp cookies could be produced at a DeSoto plant. The answer was no, but Bisogno didn’t drop the idea, studied the hemp business and formed a company, KMC, for Kansas Miracle Crop.

The state’s climate and soil are right for hemp because “Kansas can grow two crops a year. One in the spring and one in late summer or early fall,” Bisogno said.