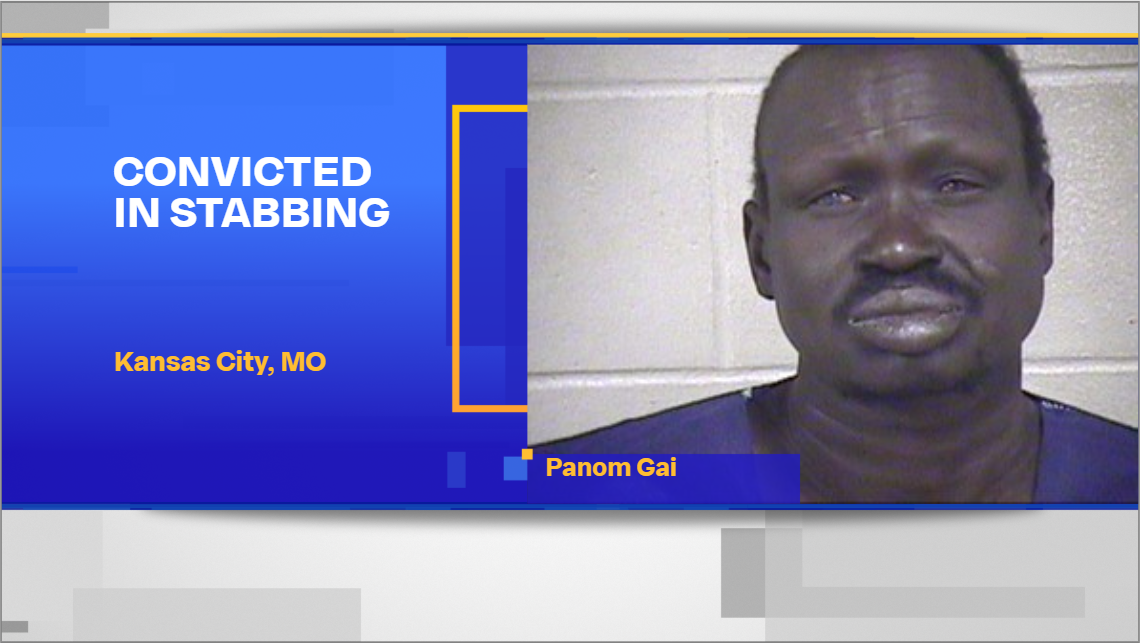 Panom Gai was convicted of stabbing two people in the West Bottoms in November 2017.   Prosecutors say surveillance video from the area showed Gai attacking Cynthia Thomas; Thomas was killed in the attack.  A second man was also hurt.

Gai will be sentenced in December.

PARKVILLE, Mo. – A teen in Parkville is making a difference one piece of soccer gear at a time, and it’s gotten the attention of the U.S. Women’s National Soccer Team.

Lily Sowle is one of two teens in the metro to be named a finalist in the organization’s SheBelieves Hero Contest.

OVERLAND PARK, Kan. -- Jerry Ingram lied about his age when he was 15 to serve in the U.S. Marine Corps during World War II.

Now 91, Ingram reflected on his role in one of the country’s most historic conflicts: the Battle of Iwo Jima.

KANSAS CITY, Mo. -- Kansas City police are investigating Wednesday night after a male driver, running from officers, crashed into another vehicle, injuring a woman and 2-year-old child inside.

KCPD said officers were called out around 6 p.m. to the 5100 block of Hedges after reports of a man in a vehicle that was reported to be armed and possibly intentionally striking vehicles in the area.