KANSAS CITY, Mo. – A metro man always knew he’d come to America to wrestle. He kept laser focus on his dreams of immigrating and impacting other people.

The world of wrestling: the show, the characters, the story. It’s not the customary course to citizenship, but it carried Sirish Bhavnani clear across the globe.

“I just knew that I wanted to be a professional wrestler growing up,” he said. “I grew up in a small town in India. Gujurat, Baroda. I had a twin brother. We both watched wrestling growing up and always had this dream about being in the limelight or spotlight.”

Despite protests from his parents, Bhavnani moved to Kansas City at 24.

“I felt like going to America or being a professional wrestler was the right thing to do,” he said.

He balanced three jobs, slept on the floor in the kitchen of the hotel where he worked and ate scraps to save money — all while fighting for his place for here.

Mike Korklan knows a thing or two about being in the ring. Fans know him as Mike Sydal. Bhavnani knows him first as a friend.

“Sirish’s journey in life is kind of like the story you might tell in a wrestling match,” Korklan said. “It’s always motivating to see other people in my sport working very hard and doing their best because that’s what I always expect myself. It’s inspiring to see other people do that, and Sirish has always been that way. It’s also just inspiring to see him staying positive despite whatever roadblocks that he’s had put in his path.”

The pair was enemies inside the ring and always had fun together. Korklan has also been there for the not-so-fun times, too.

“He always puts on a brave face. He doesn’t want to bring anybody down, but I, I know it was difficult for him when he was injured,” Korklan said.

“While I was training, I had an injury, and overcoming the injury was hard,” Bhavnani said with pause.

He suffered a severe shoulder injury. He wouldn’t wrestle again.

But in the fashion of someone who truly loves a sport, Bhavnani found a way to stay in the ring. 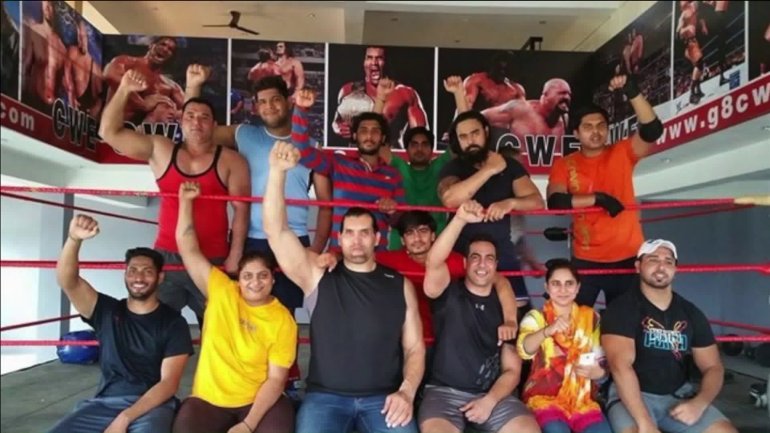 “During the injury, I was given the opportunity to go to India, opened a school for the Great Khali who also used to wrestle for WWE, and I trained 52 students,” he said. “I gave back to the community, gave back to the wrestling world, something that now it’s a huge empire in India now.”

“Even though maybe he, because of his injury, even though he had an injury, maybe he couldn’t wrestle, he still found a way to be successful in wrestling and also have happiness in life,” Korklan said.

Now back in the U.S., Bhavnani continues to condition his body and his mind at Zone6 Fitness, and he’s helping others do the same.

“What I do at Zone6 is giving back to the community, helping people live their best life,” he said.

He always dreamed of coming here to fight his way to the top. What he didn’t realize then is that he has.