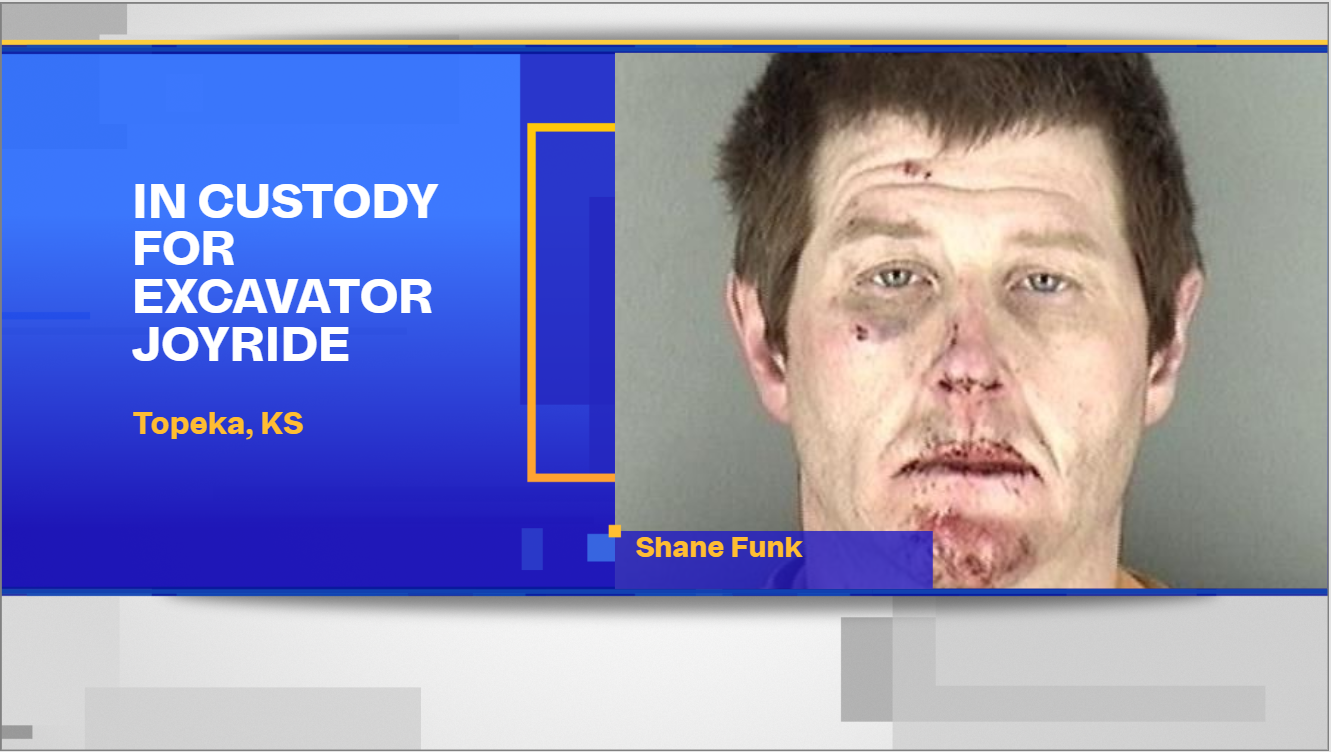 TOPEKA, Kan.  – A man is in custody after officials say he rode down a Topeka street in a stolen excavator, leaving houses with property damage and endangering officers.

Topeka Police say 46-year-old Shane Funk was driving the stolen piece of machinery in the Oakland neighborhood, at the 500 block of NE Lake Street.

When officers arrived at the scene they urged him to stop the excavator. Instead, he started waving the loader at them. Officers then used rubber devices to keep Funk from operating the excavator.

Officers evacuated residents in the excavators path to prevent any harm to people who lived in the area.