TOPEKA, Kan. — John Robinson, a serial killer who targeted women in Kansas and Missouri and was convicted in the murders of six women between the mid-1980s until his arrest in 2000, is appealing his death penalty conviction. His case is scheduled to be heard before the Kansas Supreme Court on Tuesday, March 24.

During their investigation, detectives searched Robinson’s property in Linn County, Kan., and found two barrels containing the remains of missing women. Prosecutors said Robinson engaged in sado-masochistic sex and then killed the women. Officers found the bodies of Suzette Trouten and Isabella Lewicka in June 2000.  Robinson also faced charges in Cass County, Mo., where police found the bodies of Beverly Bonner, Sheila and Debbie Faith stuffed in barrels in a Raytown storage facility.

After his conviction in Kansas, proseuctors in Missouri agreed to a plea in which Robinson acknowledged that the prosecutor had enough evidence to convict him of capital murder for the deaths of Paula Godfrey and Catherine Clampitt, Beverly Bonner and Sheila Faith and her 15-year-old daughter Debbie.

FOX 4 will have more on the proceedings on FOX 4 newscasts and updates on fox4kc.com.

PEARL, Miss. (WJTV) - Hurricane Zeta made landfall in Cocodrie, Louisiana, on Wednesday as a Category 2 storm with winds up to 110 miles per hour. At this time, the Mississippi Emergency Management Agency (MEMA) is reporting one fatality and multiple injuries in Harrison County. 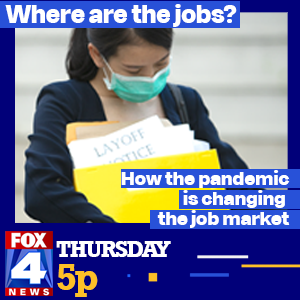