KANSAS CITY, Mo. – A Kansas City couple has started a monthly event meant to keep kids off the street.

Jessie and Iisha Vassie spend a lot of time at Peacemaker Church in south KC, but the couple admits they used to be “in the streets.” Jessie was even shot in the face when he was 17.

“At that time, I didn’t have my mind on right,” he said. “I still was doing the same thing.”

It wasn’t until he served three years in prison, and his wife told him to cleanup his act or else, that he decided to make a change.

Six months ago, the couple started hosting TGI Fridays for the Youth at Peacemaker Church.

Every first and second Friday of each month, the church serves as a haven for young people to hear inspirational messages and performances by Christian hip-hop artists. There’s food and drinks. They even giveaway brand new pair of shoes thanks to a sponsorship.

“It’s time to break these cycles,” Jessie said. “If we don’t show the kids something new the streets will.”

“The first time, we had like three or four kids,” Iisha said. “The last Friday, we just had it was almost 30 plus kids, so it’s working.”

The Vassies got this idea for TGI Fridays for the Youth after visiting a church in Atlanta that hosts a similar event. The couple said it’s about changing minds and attitudes.

“You listen to them. You vibe with them. You don’t try to tell them what to do. You get in their head and try to guide them to do it,” Jessie said.

Chester McIntyre is the pastor at Peacemaker Church, located at 7523 Indiana Ave. He used to be Jessie’s school teacher and offered up his church to them because he said the youth need places to hangout instead of being in the streets.

“We have a lot of clergy that care about this community,” McIntyre said. “What we’re sick and tired of are the shootings, the killings. We need to begin to work diligently with children, intellectually, emotionally, spiritually. And when we do those things, we’re going to change the heartbeat of Kansas City.”

The Vassies hope TGI Fridays for the Youth will show young people that they have options.

“The violence and negativity that’s going on in the city must stop, and we’ve got to be leaders,” Jessie said.

For more information about TGI Fridays for the Youth, click here. 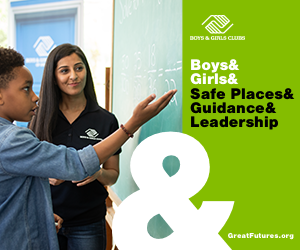