KANSAS CITY, Kan. — One family from Wyandotte County says their runaway pooch is more than just a dog.

FOX4 met with them on Wednesday and learned about an important relationship between the dog and her young master. 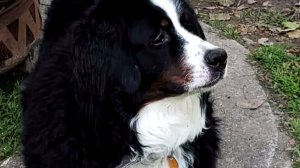 When Paul Carney and his family let their dog Heidi outside for a bathroom visit on September 29, they didn`t know the big 5-year-old Bernese Mountain Dog wouldn`t come back.

“I knew something was wrong because she doesn`t not come back,” Cailey Krosen-Carney said.

The Carneys live near 65th and State Avenue in KCK, where everyone knows Heidi as “that big dog.” The family had already adopted Heidi before their 5-year-old son, Reed, was diagnosed with level-two autism in May.

Heidi previously served as a therapy dog for another child. 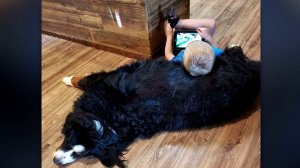 That’s when they realized Heidi’s purpose in their lives was much more than just a family pet.

But now that’s she’s gone, Reed is out of his routine, even inconsolable at times. That’s serious for kids with autism.

A banner has been floating around on Facebook, asking the public for help in locating this beloved therapy animal.

Sadly, the Carneys said they received one tip from the public concerning Heidi, but it turned out to be a cruel prank. They hope the big black and white dog comes home soon, so a child in need can rediscover his smile.

If you know where Heidi may be, you can reach Cailey at her nonprofit, click on this link for contact information.