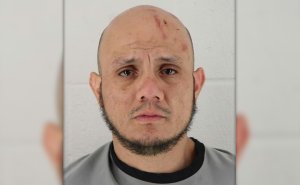 OVERLAND PARK, Kan. — A 36-year-old Kansas City, Kansas man has been charged for attempting to leave the scene of a deadly crash in Overland Park.

Eric Segovia was charged Saturday with second degree murder, possession of methamphetamine, failing to stop at the scene of an accident, interference with law enforcement, driving while suspended with prior conviction, possession of marijuana, possession of drug paraphernalia and failing to display insurance. 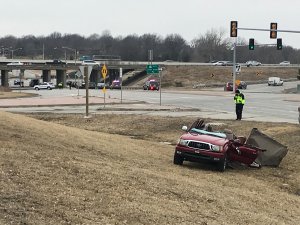 Police said Segovia was traveling north on 69 Highway when it left the roadway and struck a driver that was heading east on College Boulevard.

The driver of the vehicle heading east was pronounced dead on the scene and has been identified as 20-year-old Jesse L. Kalal, from Overland Park.

Segovia was taken to an area hospital following the wreck with non-life threatening injuries.

A $750,000 cash bond has been set for Segovia. He is scheduled to appear in Johnson County District Court Monday at 1:30 p.m.