KANSAS CITY, Kan. — Multiple sources have told FOX 4 News that the Kansas City, Kan. police detective who was shot several times near Kansas Speedway shortly before 1 p.m. Monday has died.  The detective had pulled over the suspect, who then shot the detective and led police on a manhunt.

The search for the suspect, identified by police as 28-year-old Curtis Ayers, ended when he was shot by police shortly before 2:40 p.m at 71 Highway near Bannister Road, KCK police confirmed. Sources said police shot Ayers after he shot and injured a female driver on 71 he was attempting to carjack. The woman is expected to survive.

Ayers was transported via ambulance to an area hospital. Ayers was last reported as in serious condition. 71 was shut down at the scene, causing major traffic delays. Police requested the public to avoid the area if possible.

Following the detective shooting, a manhunt for the suspect began, which reportedly took authorities to Basehor and then Tonganoxie, Kansas. Authorities said they received a call of suspicious activity around the speedway near 110th and Village West.  They spotted the suspect running across a field in the area. Police said the suspect then bolted toward a detective as the detective was sitting in an unmarked car. The detective returned fire.

Then the suspect reportedly took the unmarked police vehicle and then ditched it. They said he then carjacked another vehicle, a gold or brown Camry, near 141st Terrace and Hollingsworth Road in Basehor, Kan., about nine miles west of the speedway, that reportedly had two children inside. The children are safe, police said.

Bonner Springs/Edwardsville Unified School District placed schools in the area on lockout while police search for the suspect. 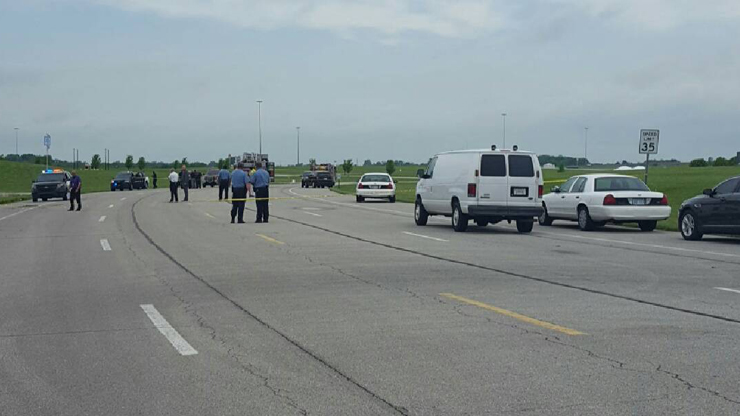 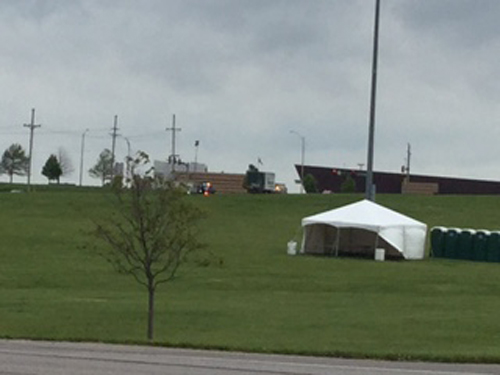 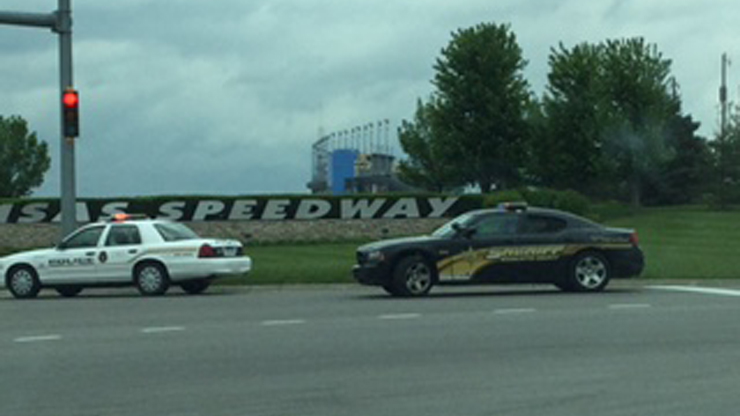 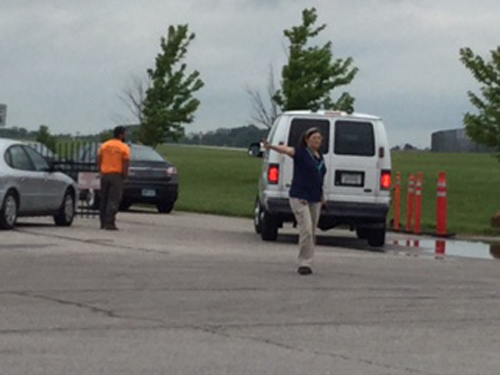 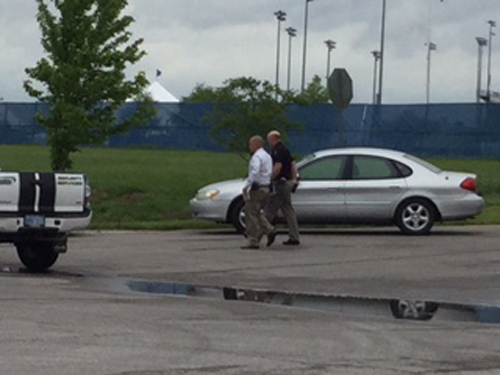