KANSAS CITY, Kan. — Last week, a KCK boy was lucky to survive after a Jeep ran through the wall of his home and into his bedroom.

On Friday, he got lucky again when the people who helped save him showed up with a surprise.

Jamison Langley’s bike, his main mode of transportation around his neighborhood, was in the path of that Jeep that sped out of control. It then plowed through his bedroom wall and trapped the 9-year-old underneath it. 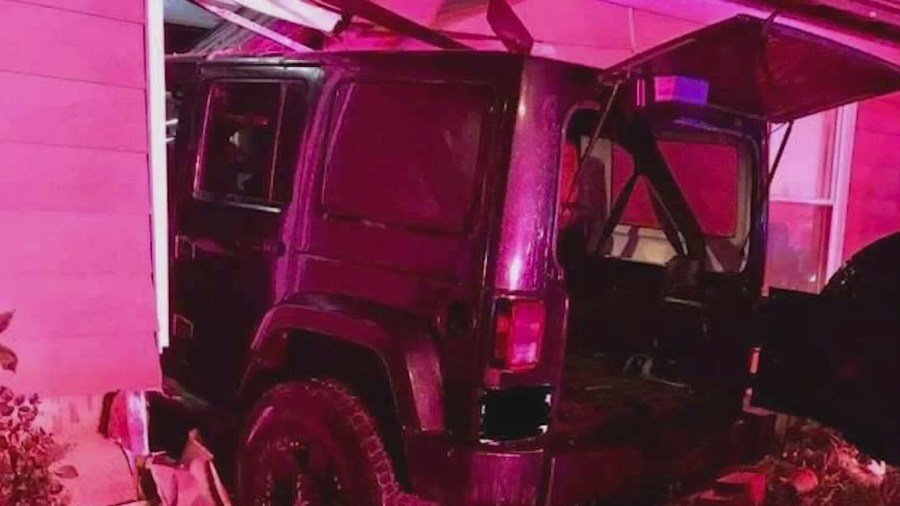 “At first I was screaming cuss words at him. I’m like, ‘What the flip, dude?’” Jamison said on May 27, a day after the crash.

Just over a week later, there was a surprise knock on the Langley family’s door.

“First, I was just chilling inside in the back, and Coby came and got me. We came outside there was a police officer out the door,” Jamison said. “Then he said, ‘You were wanting a new bike right?’ I’m like, ‘Yeah.’ So then he says, ‘Look over there,’ and I’m like. ‘Wow!'”

The KCK Police Department and the KCK Fire Department got Jamison a new bike from Bike Walk KC.

Bike Walk KC’s mission is to redefine our streets as places for people to build a culture of active living. It also refurbishes used bikes for people who need them.

KCK police and fire partner with Bike Walk KC to provide bikes for people like Jamison.

“We do so much in police work where it’s not the fun stuff. We have got to be the bad guys and do things like write tickets and stuff like that,” KCK Sgt. Jared Shearer said. “It’s not always fun to be the bad guy, and it feels really good to come and do the good things in the community, the stuff you really want to do when you got into this job.”

On his bigger bike, after a short lesson from Shearer, Jamison took off like a rocket. Jamison’s twin Jacoby also got a new bike he can grow into.

The gifts are a bright spot in what has been a tough year for the Langley family. The twins’ dad died in January, and four months later their home was destroyed.

“I feel good that I’ve got a new bike, and now my cousin Brooke, she is going to be happy too, so that I’m not stealing her bike 24/7,” Jamison said. “That was nice of them, thank you.”

You can find more information about Bike Walk KC here.

KU fans excited after 4-0 start to the season

Fall festivals in the Kansas City area you won’t …

New funding brings back the music at Kansas City …

Residents at KCK apartment complex fed up with years …