LAWRENCE, Kan. — It’s been argued for centuries. Now, a team of scientists from the University of Kansas believes it has answers.

A team of researchers, who’ve spent much of the past seven years on an excavation site in North Dakota, believes it knows what happened to the dinosaurs for certain.

In scientific terms, it’s the answer to hundreds of questions. “A smoking gun,” as one member of the university’s KC Dino Lab described it Tuesday.

A team of scientists from the KU’s Vertebrate Paleontology Lab is celebrating the findings of a dig they started in 2012. The mission resulted in finding fossilized remains of prehistoric species of fish, completely intact, soft tissue and all.

Dr. David Burnham and other researchers said the way the fish are preserved proves the dinosaurs, and other Mesozoic Era creatures, were killed when a catastrophic event happened — likely extreme weather stimulated by a huge meteor crashing into the earth.

“It was hell on earth,” one member of Burnham’s team said. 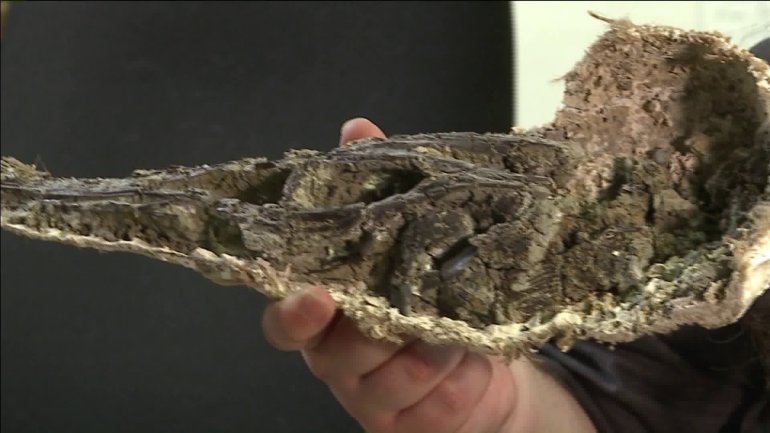 The fishes’ three-dimensional remains show their gills were filled with rock and ash, likely meaning they died in mass numbers, gasping for air with fiery meteor fragments falling across the globe.

“This is a really big deal!” Burnham exclaimed. “How cool is that?”

Burnham, a member of KU’s paleontology staff for more than 20 years, explained that this research is part of a graduate-level dissertation by Dr. Robert DePalma, who is now a professor at Florida Atlantic University. DePalma’s findings show what happened minute-by-minute after a 7-mile-wide space rock crashed down.

“We don’t only have a snapshot in time immediately after the impact, but we got slow-motion footage. We can tell you minute-by-minute within the first few minutes and hours after the impact of what was going on,” Burnham told FOX4.

KU’s paleontology staff believes those fish, many of them sturgeons and paddlefish, suffered a horrible death in a mass extinction event.

But their preservation and discovery is an incredible find.

“Imagine your lungs filling with molten glass. Try and imagine that for a second while you’re being thrown around like a cat in a tornado,” said Kyle Atkins-Weltman, a KU student who serves on this research team.

“The site is like a Pompeii of the dinosaurs,” said Loren Gurche, a staff paleontologist at KU. “It’s the first time we have that perfectly preserved freeze-frame of what happened on that specific day 65 million years ago.”

And there’s more out there.

Burnham said the fossils they’ve collected require heavy examination, and the samples they’ve already recovered may lead them to discover more species of creatures lost to the sands of time. The team’s initial findings were published on Monday by the Proceedings of National Academy of Sciences.

Critics have disputed the KU team’s research, saying the fossils can’t be real, but Burnham said those doubters are welcome to visit the dig site and see for themselves.