LAWRENCE, Kan. — Some students at the University of Kansas are fired up about a tweet sent out from a university run account called “Jayhawk Buddy System.” The tweet, which has since been deleted, said. “S/O to all those (mostly ladies, I might add) who are getting their road work in this am.” 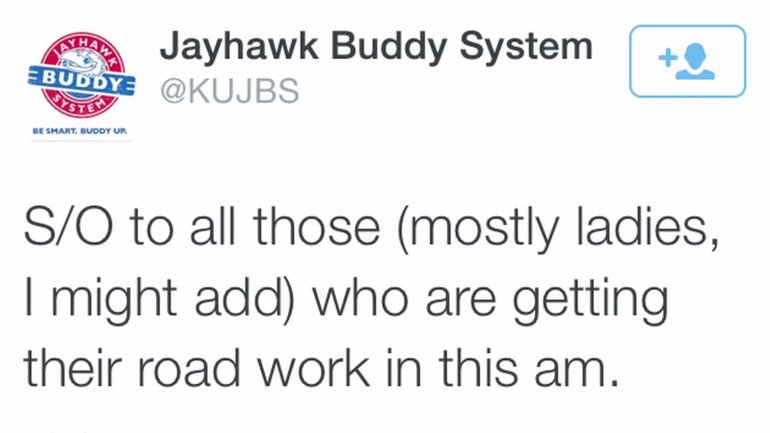 Students fired back at the tweet, which was posted on the morning of Sunday, February 8. Students we spoke with said the tweet is describing what is sometimes called a “walk of shame,” which can refer to a student walking home after spending the night at someone else’s house.

“I found it really offensive and the fact that they were calling out women directly to be really inappropriate,” said freshman student Madeline Houlihan. “If they hadn’t specifically said ladies I think the tweet wouldn’t have been taken the way that it was and that they wouldn’t have put that message out there that it was women doing the walk of shame.”

FOX 4 reached out to the university on Monday to get its side of the story. The university refused to do an on camera interview with FOX 4, and instead e-mailed us a statement:

“KU appreciates the student concerns, and the department is reviewing appropriate use of social media. This is an example of why the university engages on social media, where we can interact with students in real time. Staff have reached out personally to students who responded on Twitter and otherwise, including meeting with several students.” –Erinn Barcomb-Peterson, Director for News and Media Relations.

Harrison Baker, a sophomore at KU, said the tweet is blatantly sexist.

“That fact that they said ‘mostly ladies I might add’ because there’s a stereotype that only women have walk of shames,” he told FOX 4 on Monday. “They haven’t owned up to the mistake they’ve only deleted it and only tried to sweep things under the rug.”

As of Monday, February 16, 2015 no apology has been issued on the twitter account. We will let you know if that changes.

LENEXA, Kan. -- People in Lenexa could soon have the option of having their recyclables picked up once every other week.

GLADSTONE, Mo. -- ReLeaf Resources in Grandview is one of about a dozen medical marijuana dispensaries in the Kansas City metro.

Statewide, there are 101 dispensaries authorized to sell medical marijuana. You can find an interactive map with all of the state’s dispensaries here.

Wyandotte County to keep current mask mandate, will discuss possible changes on May 27

A sleeping Kansas neighborhood is jolted awake by a fatal crash