That account comes from a parent whose teenager was on the field trip.

Police say two men went into the liquor store to rob it but the clerk pulled out a gun of his/her own and shot one of the suspects. Both fled. Police say they are looking for the wounded suspect as well as the accomplice. 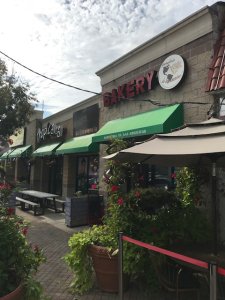 The students from Lee’s Summit North went into a nearby bakery to get away from all the commotion. The parent who contacted FOX 4 but wanted to remain anonymous said her child and classmates saw two men in ski masks leave the store and fire a weapon.

She said the chaperones got the kids on the bus and ‘out of there asap.’

One week ago on September 29th, Lee’s Summit North students were shocked and grieved when a 17-year-old girl took her life at the school.

LOUSIBURG, Kan. -- Louisburg Police are asking is urging caution to the public as they work a domestic violence incident Monday afternoon with an armed and barricaded suspect.

Police say residents should avoid the area from Amity to S. Third and Peoria to Metcalf to allow law enforcement to work the scene.

KANSAS CITY, Mo. -- A popular island food eatery native to the metro is erupting this year after only three years in business.

Hawaiian Bros announced plans for 21 new locations, seven of which are coming to the Kansas City area. The rest are heading south to Texas.

WASHINGTON – The COVID relief bill working its way through congress will make it easier for President Biden to forgive some student loan debt, proponents say.

A provision in the bill would make any student loan forgiveness passed from 2021-2025 tax-free. Forgiven debt is normally considered taxable income. If that forgiveness became tax-free, $10,000 in cancellation would save the average borrower around $2,000 in taxes, according to CNBC.

It’s a St. Patrick’s Day takeover on the FOX4 ‘Top of the Morning’ show