KANSAS CITY, Mo. — The football team at Lincoln College Prep took the field Friday night without their starting running back, who continues to fight for his life at a Kansas City hospital.

Israel Gentry was severely injured in a single-car crash Thursday morning on the way to school. The 16-year-old wasn’t wearing a seat belt, according to investigators.

“He opened up his eyes a little bit, like he’s being strong about it,” she said.

Friday evening, students and parents at Lincoln Prep showed their support for Gentry at the school’s district playoff game against the East High Bears. They made signs, buttons and chanted his names. There was also a moment of silence.

The KCPS Athletics Department also had #3 decals – Gentry’s jersey number – made. Every football team across the district wore them on their helmets Friday night. 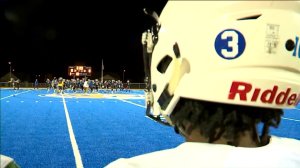 “It just makes your heart drop,” said Tammy Timmons, a parent and team mom. “We’re a huge family out here and we’ve done great things this year and I love all of these boys. It could’ve been my son.”

“Kids flock to him. His teammates love him and respect,” said Ryan Glasgow, the athletic director at Lincoln Prep.

Glasgow said Gentry’s teammates are struggling with what happened, but he insisted they’re a tough group of guys.

“This is a resilient group of young men,” he said. “They come from the inner city, so they’ve been around some hardships. But they’re a tight-knit group and they’re leaning on each other.” 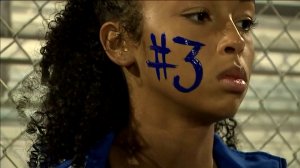 Glasgow said the Tigers 38-10 win over the Bears was for Gentry.

“He’s a fighter, a tough kid, and we believe he’s going to pull through and be back with us very soon,” he added.

A GoFundMe campaign has been setup to help Gentry’s family cover his medical expenses. You can donate by clicking here.

WASHINGTON -- While leaders from both parties claimed optimism about striking a coronavirus relief deal and getting another round of direct payments to Americans, it won't happen before the election -- leaving many wondering if it will happen at all.

President Donald Trump thinks it will.