With the date lining up with the city’s area code, it’s time to celebrate all things Kansas City. From local films to local music — and of course, deals at local businesses — it shouldn’t be hard to find something to do.

Music and more at the City Market

In the heart of the River Market neighborhood, the City Market will be filled with people all day long on 816 Day.

From 11 a.m. to 1:30 p.m., as part of a Red Friday fundraiser for Ronald McDonald House, there will also be a giant Chiefs flag that fans can sign and take selfies in front of.

Then starting at 3 p.m., the Strawberry Swing Indie Craft Fair will set up shop, featuring dozens of local makers and their one-of-a-kind 816 clothing, jewelry, crafts and more. 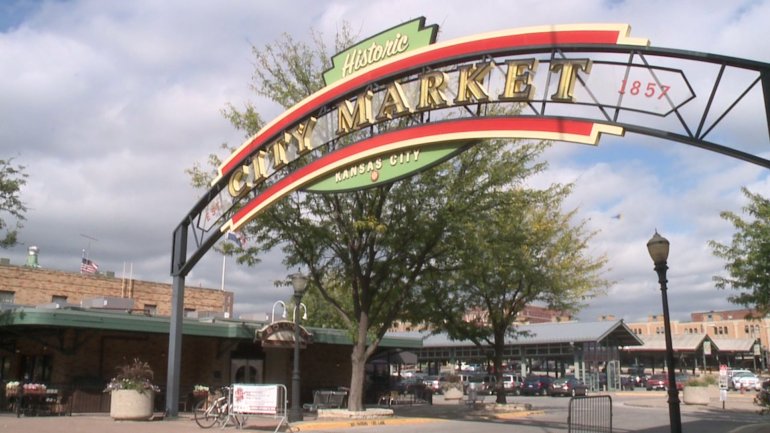 Many of the City Market’s shops and restaurants will also be offering special deals, but we’ll get into that more down below.

The party really kicks up in the evening though. There will be special aerial and acro-yoga performances at 6:16 and 7:16 p.m.

Then KC native and rap artist Kemet the Phantom takes the stage at 8:16 p.m. where he’ll debut his new album, “Electric Park.” The concert is free.

If Electric Park sounds familiar to you, that’s because Kemet’s album is named after a former KC amusement park in the East Bottoms, built in 1899 and one of the first in the world.

Of course, there will be food, drinks, beer and wine (for those 21 and older). All ages are welcome all day!

Catch a free movie at the Gem Theater

New this year to 816 Day, FOX4’s Shawn Edwards is bringing together some of KC’s talent for a film festival.

Held at the Gem Theater in the Historic 18th and Vine District, the 816 Day Film Fest will run from 5-8 p.m. and feature short films and Q-and-As with local directors, producers and artists.

There will also be a special Q-and-A with Kansas City native Morgan Cooper, the director of the film “Bel-Air.”

Based off “The Fresh Prince of Bel-Air,” Will Smith called the trailer for the film “brilliant.” Cooper cast several local actors for the film.

And if you need one more reason to support local filmmakers: it’s free.

Snag a deal from a local biz

When it comes to 816 Day, you’re going to notice a common trend among the deals on Friday. Here’s just a sampling of what you can find in KC:

Union Station is offering $8.16 admission to Stonehenge or Science City this Friday. It’s an in-person offer only, and make sure you ask for the 816 Day special.

And of course they go on sale on 816 Day, which is also Red Friday. The first 50 customers to make a purchase when they open at 9 a.m. get an autographed “Stone Cold” bottle.

Boulevard Brewery’s Tours and Rec Center will offer a flight of four classic beers and a KC AF flatbread for $8.16 each.

The KC brewery’s also hosting parties at three other local venues, including $4 Space Camper and KC Pils drafts all day at Chicken N Pickle. Another good deal: a Boulevard Wheat or Boulevard Pale Ale, a slice of pizza and 10 tokens at Up Down from 3-8:16 p.m.

If you’re a basketball fan, the College Basketball Experience has a deal for you. Just $8.16 gets you into the facility all day on 816 Day.

The Kansas City Library has a particularly charming deal. For just $8.16, guests can get a mug, coffee, pastry and a library sticker. Then grab a good book or head to the rooftop terrace for some beautiful KC views.

There’s even more to do on 816 Day — get out and explore Kansas City!

DETROIT, Mich. — Ford is recalling more than 700,000 vehicles in North America because the backup cameras can show distorted images or suddenly go dark.

The recall covers most 2020 versions of Ford’s F-Series trucks, as well as the 2020 Explorer, Mustang, Transit, Expedition, Escape, Ranger and Edge. Also included are the Lincoln Nautilus and Corsair.

La Crosse and Green Bay, the two locations Trump will visit, have the highest level of concern for community spread of COVID-19, the Washington Post reports.

NEW YORK (AP) — The presidential debate commission says it will soon adopt changes to its format to avoid a repeat of the disjointed first meeting between President Donald Trump and Democrat Joe Biden.

The commission said Wednesday the debate “made clear that additional structure should be added to the format of the remaining debates to ensure a more orderly discussion of the issues.”

Gray parrots separated at zoo after swearing a blue streak

Titans vs. Steelers game postponed due to positive COVID-19 tests

Tracking the Tropics: Development possible in Caribbean later this week or this weekend

Medical marijuana sales in Missouri could begin this week