KANSAS CITY, Mo. — The efforts of a young woman who never met her great uncle are the very reason the missing-in-action Korean War veteran was finally recognized and buried at home.

Frederick Eugene Coon was a 22-year-old from Buchanan County, Missouri. He was a private in the Army when war broke out on the Korean Peninsula in 1950.

Two years later, the government sent liaisons to villages in Asia to search for soldiers. A Korean man and his son told the Army they found and buried three soldiers: one from Korea and the other two from America.

The Army found them, transported them and gave them the names X5272 and X5273. They were sent to the National Cemetery of the Pacific in Hawaii, the Punch Bowl.

For the next 60 plus years, that’s where the bodies would stay, one of the graves marked “Unknown 830.”

Stephanie Coon grew up with stories about Great Uncle Frederick.

She knew there had to be more truth to that family tale.

Her natural passion for history and her field of work aligned her nicely to actively search for her great uncle, the now Cpl. Coon, promoted after his sacrifice on the battlefield.

“I actually have the records of the day that he went missing and actually, ultimately when we found out that he was killed, I have the record of what was going on that day,” she said.

The government granted Stephanie’s request to dig up Grave 830 to run DNA tests, in an effort to identify the solider. The Department of POW/MIA Accounting Agency got to work, and it was indeed, Cpl. Frederick Eugene Coon.

More than 60 years after his death, Cpl. Coon was identified and plans to return him home to Missouri were put into motion.

It was learned that he was assisting on a road block on a hot July afternoon all those years ago.

“He paid the ultimate sacrifice for our country. He died a terrible death,” she said. “A grenade went off and he was hit in the head with a rifle, with the butt of a rifle.” 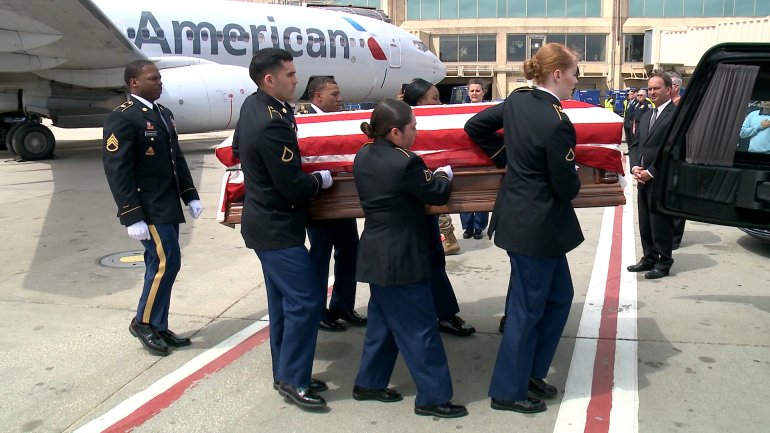 After he was identified, the Army ran a genealogy test and found Jerry Coon, his nephew, to be his oldest living relative. That made him the next of kin, and that’s who the Army notified.

Jerry connected with Stephanie, and the two were there Monday at the airport.

“At 22 years old, life is beginning, and he’s not,” Jerry said of his father’s brother. “He’s not here to do what you’re doing. You know, you get to live this life because he gave his.”

On Wednesday, he was laid to rest at the Leavenworth National Cemetery. 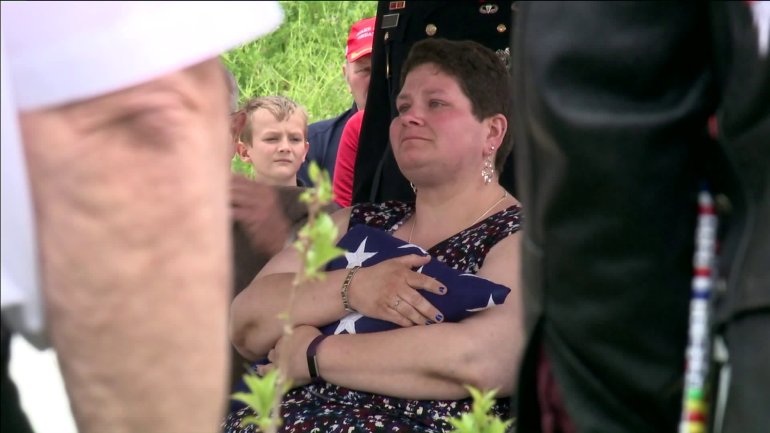 J.L. Robertson and T.J. Sampson with Rupp Funeral Home in St. Joseph have learned a lot about repatriation over the last several months.

“Typically when a solider is killed in action, they’re brought back and, you know, you’d see the hearse on the tarmac, the flag draped casket,” Sampson said of the scene at the airport and Leavenworth National Cemetery. “Those are the things that are very symbolic. At the cemetery, the honors will consist of the gun salute and the military honor guard there to present. Also, the bugler. Those are all the things that we sit back and see, the things that are very touching. It’s the last way to honor this veteran while they’re still in our presence.”

“My mom was really happy because she said my grandpa used to sit in his living room, and he had a picture of Frederick hanging on the wall,” Stephanie said. “And he used to say, ‘I just wish I knew what happened to him. He’s not alive to see it, but I feel he’s watching. He knows we’re bringing him home.”

If you have a similar situation with a loved one, start the process of finding them here. There, you’ll also find a collection of photos of unrecognized soldiers the government is seeking information about.