KANSAS CITY, Mo. — A waiter at a midtown Kansas City bar and grill decided to post an ad attempting to find two customers who walked out on their tabs without paying.

The ad, which Stephen O’Laughlin originally posted to Craigslist’s Kansas City page under “missed connections,” describes the girls, the guys they were with, and the drinks they bought and failed to pay for. It also includes a picture of the woman’s empty glasses and their unpaid tabs, in which he conceals the name of the midtown restaurant by blacking it out.

The tab was less than seven bucks, but O’Laughlin tells FOX 4 it was the principle, which is why he posted it.

“There are so many waiters and bartenders in the world and it happens to so many people at some point and I feel like it’s a story a lot of waiters can relate to,” he said.

O’Laughlin didn’t realize the post would gain so much online traction when he posted it, but the ad was picked up by a popular server website and has now been shared and liked dozens of times on social media.

“It’s honestly not a big issue to me one way or the other, but I still think it’s a funny way to go about dealing with any problems you have,” he said.

O’Laughlin says there is still no sign of the women who walked out, but he says he looks forward to seeing them come back to take care of their bill.

Here is a picture of the ad: 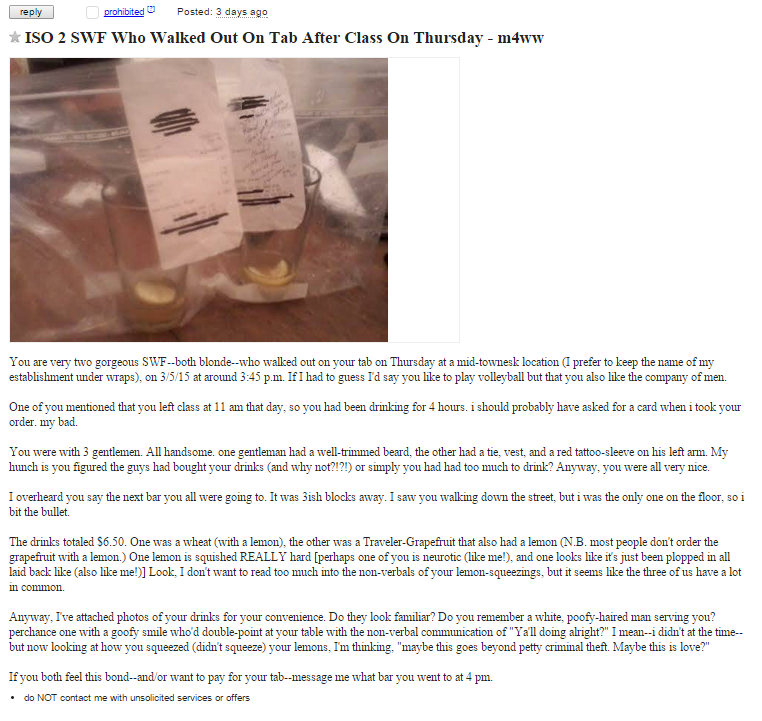 One killed in two-vehicle crash in Kansas City

Joe’s Blog: How accurate are our winter forecasts

One killed in two-vehicle crash in Kansas City