KANSAS CITY, Mo. — Jackson County residents stood in a long line Friday morning at Arrowhead Stadium to get their hands on the first U2 tickets up for sale.

Tickets for the general public go on sale on Monday, June 12, but Jackson County residents were able to get tickets first, if they showed up in person at Arrowhead with proof of residency.

The show will be the group’s third visit to iconic Arrowhead Stadium, with their first visit being the ZOO TV Tour on October 18, 1992, and most recently, the PopMart Tour hitting the Arrowhead stage on May 19, 1997.

Ticket prices start at $35. An opening act for the North American tour dates will be announced at a later date. 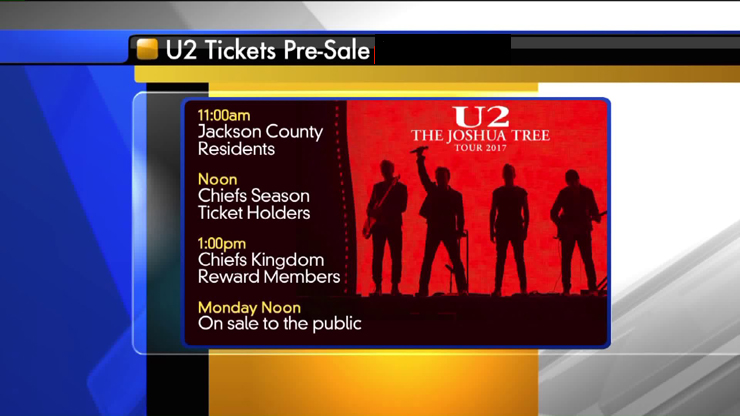 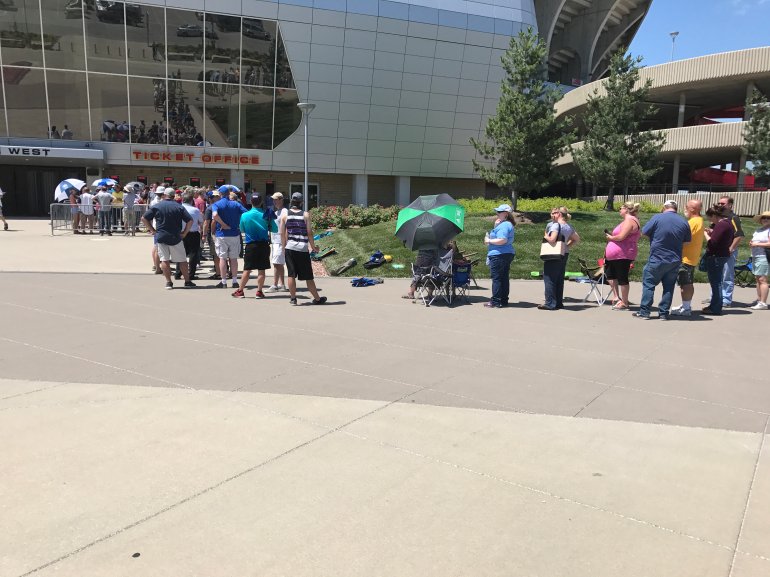