KANSAS CITY, Mo. — The man who admitted to investigators that he shot at a man in a “luxurious” car, a man on a motorcycle and a man in his driveway Friday night now faces charges for two of the three shootings.

Arnoldo Pompa-Rascon, 41, faces one count of first-degree assault, two counts of armed criminal action and one count of discharging a firearm from a vehicle for both of the shootings that happened in Clay County.

According to the probable cause statement, it was around 8:14 p.m. Friday when a woman traveling east along NW Barry Road near North Marston Avenue heard a “pop,” saw a silver Dodge Neon take off as the “high-end” sports car a popular KC tattoo artist Russell Fisk was driving ran off the road and into light pole. Police said Fisk died from a gunshot wound to the head. This shooting happened in Platte County.

The witness said she did not see an altercation prior to the shooting.

The probable cause document says while police were investigating the deadly shooting, they were alerted of another shooting at 102nd and North Oak Trafficway in Clay County.

A man told police he was riding his motorcycle and about to turn onto westbound 102nd Street from northbound North Oak when he heard a shot and realized he had been injured. The man told investigators that there was a pause then a second shot. Then several more shots. He says the last vehicle he saw before hearing the shots was a silver Dodge Neon.

Just a few minutes after police were alerted of that shooting, they learned of a third shooting near 111th and N. Campbell Streetman, which is also in Clay County.

According to the probable cause statement, the victim in this shooting had just pulled into his driveway when he noticed a silver Dodge Neon drive up slowly and stop at the end of his driveway. The victim recalls the man asked him something, but he didn’t know what he was saying, so he  walked closer. Pompa-Rascon allegedly told the victim that he didn’t speak English, but appeared to be asking about someone. The victim said he told Pompa-Rascon that he didn’t know that person, apologized and walked away. He says when he turned to walk away,  Pompa-Rascon shot him in the chest. The victim returned fire, but told investigators that he wasn’t sure if he actually hit the suspect.

Police say were alerted about a burglary earlier Friday in South Kansas City where a witness took pictures of the suspect’s car which helped them piece things together.

Then on Tuesday, three days after the shooting spree, a homeowner on 150 Highway near Peterson Road caught Pompa-Rascon trying to steal his truck, court documents say. The homeowner held Pompa-Rascon at gunpoint until police arrived.

Pompa-Rascon is in the country illegally from Mexico having crossed the border four times.

He admitted to the shootings, saying voices tell him to shoot, but that he decides with his heart who is bad and who to shoot. Pompa-Rascon stated the gun won’t fire if they are good people.

Pompa-Rascon’s bond has been set at $1 million.

The assistant prosecuting attorney for Clay County, Robert L. Sanders, filed the charges Tuesday. Pompa-Rascon has not yet been charged in Platte County, where Fisk was murdered.

FOX4 was at the creek behind a home on Highway 150 Tuesday where police found the car. Officers found a 9-millimeter handgun matching the serial number of the one taken from a south KC home and used to shoot the man on the motorcycle. They also found a Bible, a sippy-cup and beer inside the car, as well as religious wall posters. 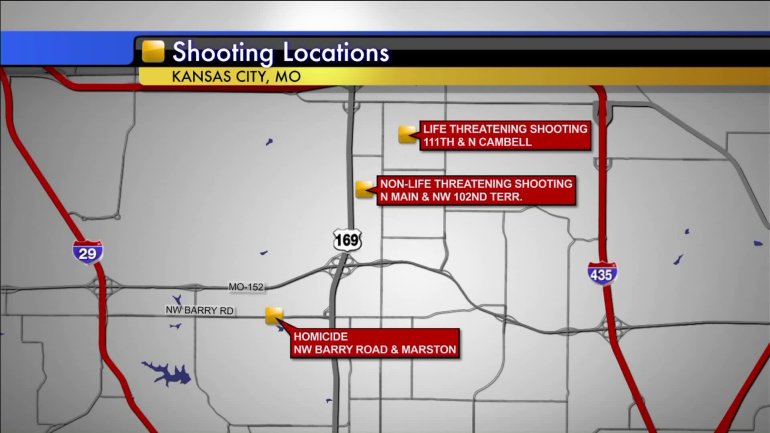 KANSAS CITY, Kan. -- Baseball is back in Kansas City, Kansas. After missing  a year with the pandemic, the team formerly known as the T-Bones took the diamond at Legends Field Tuesday night giving new birth to an historic Kansas City franchise.

Mark Brandmeyer purchased the team at the conclusion of the 2019 season. Little did he know the team’s debts at the time and dwindling attendance would be the least of his worries.

KANSAS CITY, Mo. -- With a new season for Kansas City’s outdoor entertainment venues upon us, KCPD Major Scott Simons voiced grave concerns over the safety of scooters in places like Westport on weekend nights and First Fridays in the Crossroads Arts District.

“So we’ve been seeing an interesting phenomenon with these Bird scooters, mostly in the downtown area, I’m slightly concerned that it’s going to move down to Westport,” Simons said.

KANSAS CITY, Mo. -- The dirt will fly once again in Kansas City! Monster Jam is returning for "a weekend of the ultimate mix of high-flying action and four-wheel excitement."

The motorsports event will be held Saturday, June 26, and Sunday, June 27, at GEHA Field at Arrowhead Stadium.