KANSAS CITY, Mo. — A man accused in Platte County of nine counts of sexual crimes against minors is now out jail. Anthony Snyder, 31, could face up to 58 years in prison if convicted of two counts of sexual exploitation of a minor child and seven counts of promoting obscenity. 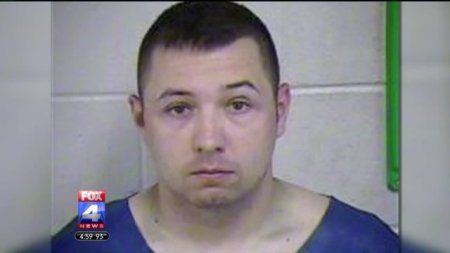 Snyder was arrested in June. This week, Snyder requested a reduction in his $200,000 bond, but the judge denied him. Then Snyder came up with the money and got out of jail.

Zahnd said Snyder encouraged seven boys, between the ages of 12 and 15, to view pornography on phones or computers that Snyder allegedly provided them. Two of the boys told child services advocates that Snyder connected them to what he said were teenage girls on a messaging service called KIK. The children said Snyder encouraged them to send pictures of their genitals to the girls. Instead, Prosecutor Zahnd alleges that some of the pictures went to an IP address belonging to Snyder rather than these purported girls.

FOX 4’s Shannon O’Brien knocked on the door of the address listed on Snyder’s court documents, hoping to talk to Snyder now that he’s been released from jail.  The address was his parents’ house, and when asked if he believes the charges against his son, his father replied: “We believe our son.”

Snyder’s father would not elaborate on what his son has told them about the charges.

“I choose not to, on an ongoing investigation,” said his father. “We are comfortable where it’s at…. I’m just not going to comment, beyond that. It’s probably inappropriate for me to.”

Now that Snyder is out of jail, he is not allowed to be around children and cannot use any internet capable device. He must also stay away from the places he used to coach and volunteer.