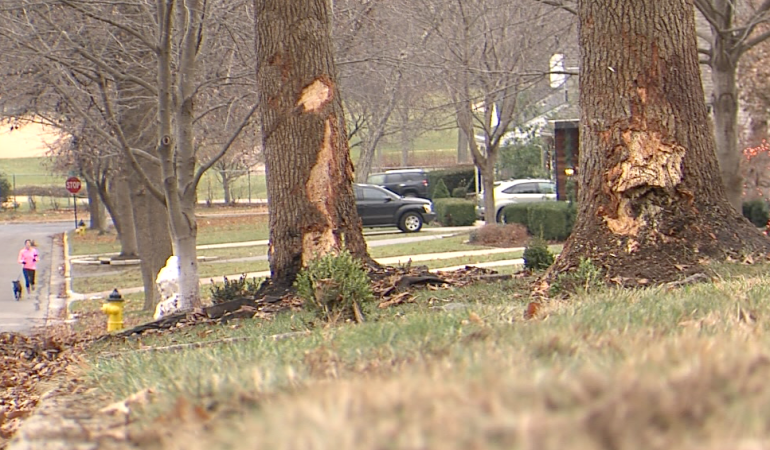 FAIRWAY, Kan. — A 26-year-old man died in the early morning hours on Sunday after crashing his vehicle. Police identified the man as Grant Oliver McClure of Overland Park, Kan.

Authorities said Westwood, Kan., police officers attempted to stop McClure around 2:30 a.m. for traffic charges on Shawnee Mission Parkway near Belinder. Police said McClure’s vehicle entered Fairway, Kan., and near the 2700 block of Shawnee Mission Parkway, he pulled into a parking lot of a local business and then immediately exited back onto the street, striking another vehicle. There were no injuries in this accident.

After hitting the vehicle on Shawnee Mission Parkway, police said McClure accelerated across the road and traveled south on Norwood Street at a very high rate of speed. In the 5600 block of Norwood, McClure struck two parked cars and two trees before coming to a rest in the driveway of 5612 Norwood.

McClure was pronounced deceased at the scene by Johnson County Med-Act.

Anybody with information that would assist officers is asked to call the Fairway police at 913-262-2364.

WASHINGTON — First responders and frontline workers being challenged by the deadly coronavirus pandemic are highlighted in White House Christmas decorations that also give a special nod to Melania Trump's redesigned Rose Garden.

It’s the final Christmas in the White House for the Trump family, although the president continues to insist — despite evidence to the contrary — that he won the Nov. 3 election. President-elect Joe Biden will be sworn into office on Jan. 20.

ATLANTA — Some establishment Republicans are sounding alarms that President Donald Trump’s conspiratorial denials of his own defeat could threaten the party’s ability to win a Senate majority and counter President-elect Joe Biden’s administration.

The concerns come ahead of Trump’s planned Saturday visit to Georgia to campaign alongside Sens. David Perdue and Kelly Loeffler, who face strong Democratic challengers in Jan. 5 runoffs that will determine which party controls the Senate at the outset of Biden’s presidency.

WASHINGTON (NEXSTAR) -- The United States Supreme Court began hearing arguments Monday in the case of whether the Trump administration could exclude undocumented workers from the Census count.

The Court previously blocked the administration from adding a citizenship question to the document.