This weekend, the vlogger known as Meir Kay is hosting at least 20 such parties across the country with the help of volunteers and donors, he told CNN. Free food and camaraderie will be offered at a time when homelessness has risen nationwide, especially on the West Coast.

“Ultimately, the mission of the Super Bowl party is less about the party,” Kalmanson said. “It is just the stage for human beings to come together, put … aside our differences, our struggles or challenges, and connect on a human level to show love, compassion.”

He made a personal connection 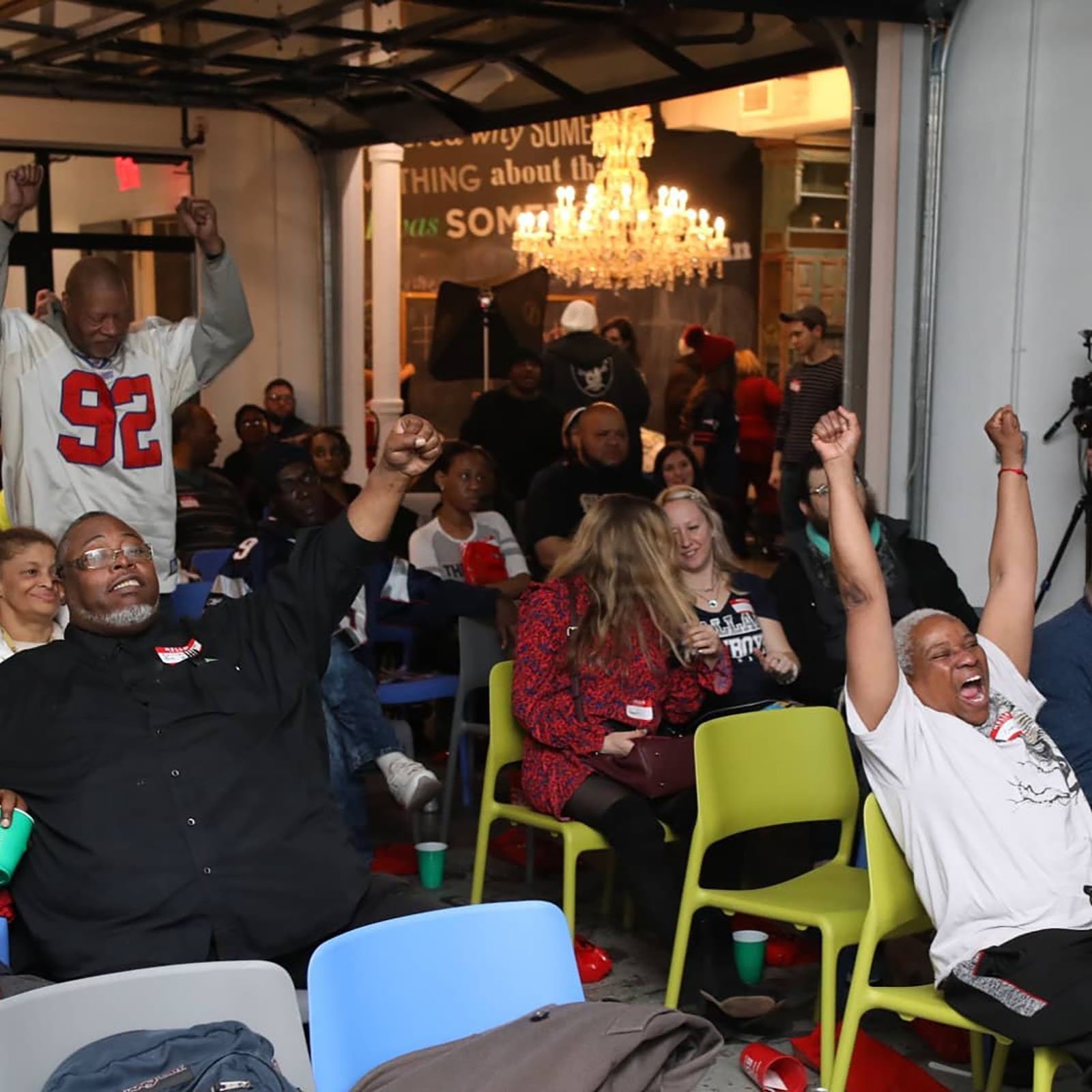 Around the Super Bowl in 2017, a young man caught Kalmanson’s attention as he was walking around New York, he recalled.

“He was holding a cardboard sign and on it said, ‘I don’t want anything to eat. I don’t want to drink. All I want is to be seen. I want to talk to somebody,”‘ Kalmanson said. “That just hit me in the gut.”

Kalmanson went to a bodega, grabbed some food for the man and sat down with him to listen, the internet personality said.

“We connected. … I know what it means to feel alone in this world,” explained Kalmanson, who moved around a lot as a child.

At times ignored and bullied as a young Jewish boy, Kalmanson has always tried to make sure others don’t feel that way, he said. So, he brainstormed what he could do to help that man and others.

The Super Bowl came to mind.

“Super Bowl is this unofficial holiday in the US,” Kalmanson said. “There’s all this stuff going on for those who are experiencing homelessness around Christmas and Thanksgiving but nothing for the Super Bowl.”

“So, I figured, it’s a good time to jump in and try to connect the people who may feel a bit more lonely than usual.”

Kalmanson met six or so homeless men living on the streets in New York, he said. He bought them football jerseys and took them to a friend’s party at a rooftop bar.

“We had our first Super Bowl party, which was soon to be a Super Soul Party,” he recalled. “It was unbelievable.”

Of course, everyone enjoyed the game and free food, but the unexpected deeper human connection is what stood out.

“Yes, we had different circumstances that took us to different places, but putting that all aside, we’re just humans,” Kalmanson explained. “Seeing how that one little party, those few hours, transformed them was truly life-changing.”

His video inspired a movement 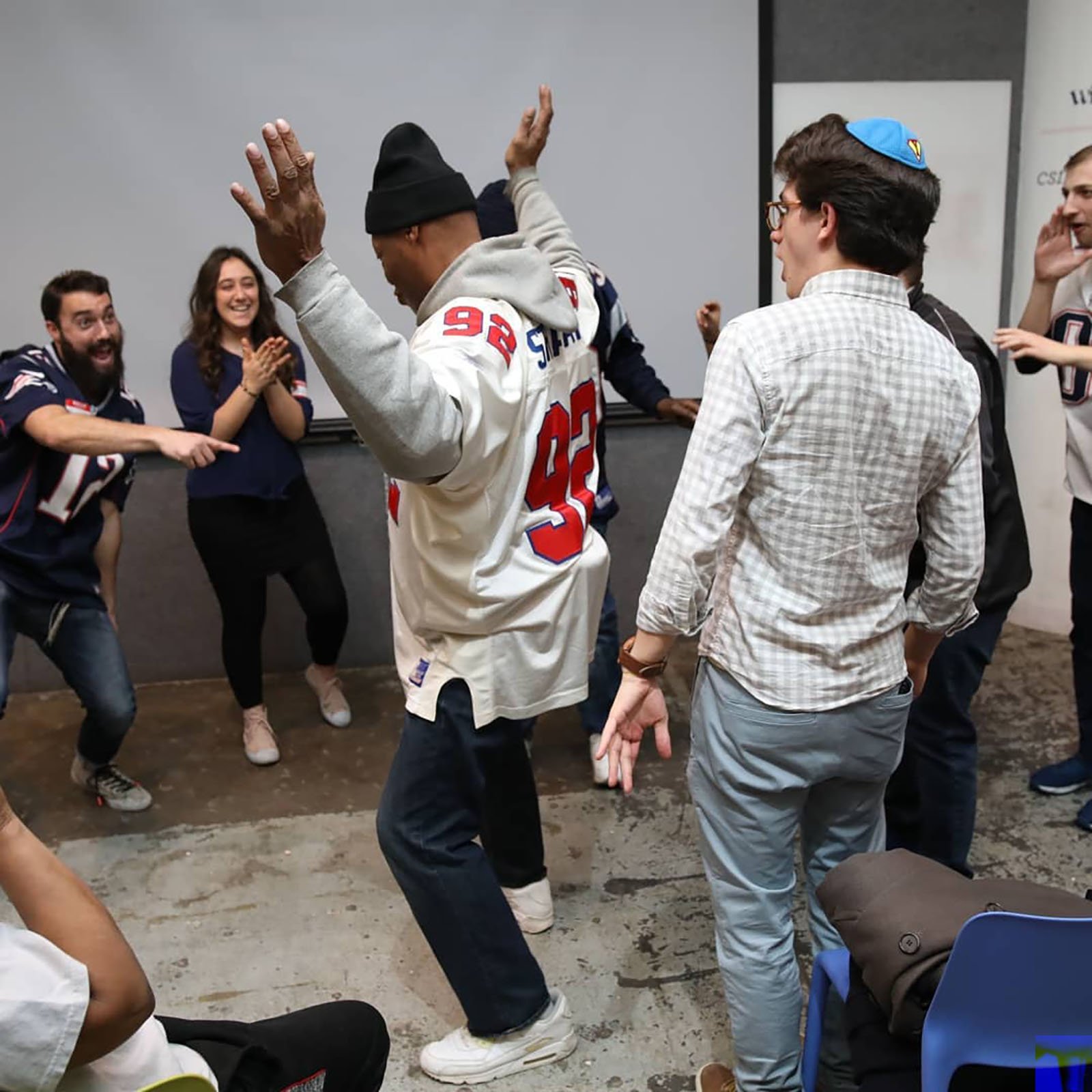 The 30-year-old is all about people getting out of their comfort zone and putting kindness into action. He’s done quite a few feel-good stunts, including his popular High Five New York video.

But his video on the Super Bowl party experience started a movement. Volunteers reached out from all over the country, wanting to get involved.

“We want everybody to feel that they’re being seen.”

Kalmanson also started the nonprofit Super Soul Party, and he is partnering this year with homeless shelters and individuals in at least 15 cities across the country to host events around Sunday night’s matchup.

“I want people to connect,” he said, “and to see that they’re not alone.”

KANSAS CITY, Mo. -- Singer-songwriter Melissa Etheridge may have a new hit song on her hands. And she has Kansas City Chiefs head coach Andy Reid to thank.

Next Mega Millions jackpot will be 13th-highest ever

CLEVELAND, Ohio – The Mega Millions jackpot Friday is high enough to get just about anyone interested, even the people who don’t usually play.

The jackpot has hit $421 million and could grow even bigger before the drawing, WJW reports.

TOPEKA, Kan. — A controversial congressional redistricting map is on its way to the desk of Kansas Governor Laura Kelly. The lawmakers in the House voted 79-37 Wednesday to approve the Ad Astra 2 map.

The proposed map is a House substitute for Senate Bill 355. The Senate approved the Ad Astra map last week. Opponents to the bill say the proposed district lines under Ad Astra would have a negative impact on minority voting strength in the City of Lawrence and in Wyandotte County.

Physicians take their fight against COVID-19 to Kansas legislature

Family hoping for 'no visitor' changes at some hospitals

How to perform CPR during the pandemic

Man sends letter from jail claiming to be 'serial pedophile'

Could potential snow be on the way to Kansas City?

Next Mega Millions jackpot will be 13th-highest ever

Physicians take their fight against COVID-19 to Kansas legislature