Jonathan S. Lowrey has been charged with second degree murder, armed criminal action and tampering with a motor vehicle in connection to the shooting death of Joseph Corum, according to Jackson County Prosecutor Jean Baker. 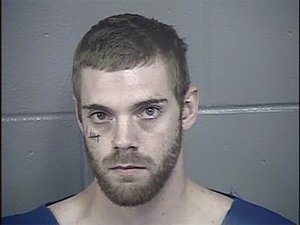 According to court documents, just after 2:30 a.m. on March 28, officers responded to a shooting near 24th and Lister Ave. When officers arrived at the scene they found 30-year-old Joseph Corum dead on the floor.

Another witness reported to police she woke up and saw Corum arguing with Lowrey in front of the home. She reported seeing Lowrey go to his vehicle, remove a long gun and shoot Corum three times and then leave. She then reported to 911.

Another witness provided video from her surveillance system showing Lowrey sitting in the van. She stated he had five tally marks on his face which he stated was a “body count.”

Lowrey was arrested last Thursday for questioning. The detective noticed the six tally marks tattooed under his right eye. Also, DNA taken from shell casings recovered at the crime scene was matched to Lowrey.

After announcing that it will be holding three separate Black Friday sales events, Walmart has released ad scans from its first two Black Friday Deals for Days events which kick off on Nov. 4 and Nov. 11.

The retailer will kick off its third event the day before Thanksgiving. No ad for that event has been revealed yet.

JEFFERSON CITY, Mo. - As the weather starts to change, concerns about virus numbers increase. Experts are worried about hospital capacity with not only flu season this year, but COVID-19 as well.

Director of the Missouri Department of Health and Senior Services Dr. Randall Williams said this year's flu shot is more important than years past.

President Donald Trump and Democrat Joe Biden will have their microphones cut off in Thursday’s debate while their rival delivers their opening two-minute answer to each of the debate topics.