KANSAS CITY, Mo. -- A 57-year-old man who worked part-time as a pizza delivery driver for 20 years to make ends meet nearly lost his life on Tuesday. Five suspects between the ages 18 and 20 are charged for beating and robbing him, the driver's family described his brutal injuries to FOX 4's Shannon O'Brien.

"Usually when the preacher at the hospital calls you, it's not good," the driver's daughter Ashley told FOX 4 on Friday. We're only identifying him as David. She said she could not believe how severe his injuries were.

"His head has got a very bad fracture, staples, jaw shattered... it shattered. He has bleeding on his brain and it is going all the way down the spinal cord," she said.

The vicious attack happened while David was making a pizza delivery near Food Lane and Longview Road around midnight Monday into Tuesday. He was beaten in his head with a baseball bat, and has spent the last four days in intensive care.

Police say there were six people involved in the robbery, and five have been arrested. Ashley says her dad was beaten and robbed of his car, $30, and a pizza - the suspects left him for dead.

"Honestly the first thing I asked him was 'how did you get out of this?' Walked to the gas station, and I said 'are you kidding me, you did what?'" Ashley recalled.

Critically injured with his head bashed in, David made a six-minute walk to a gas station for help.

"He's definitely a strong guy. As he says 'I had to, I had to.' And I am thanking God that he thought that way, because if he didn't he could have laid there and died."

As her father fights for his life, Ashley is fighting to try and figure out why anyone would commit such a savage crime against her father.

"He has a huge heart, he didn't deserve this at all. He would give you the shirt of his back if he could. Horrible people, horrible," she said.

Jackson County prosecutors identified the suspects as Leann B. Howe, 20, Mikeal Farr, 19, Mariah Farr, 19, Tanner Stone, 20, and Madison Lambson, 18. Each face charges of first degree robbery and armed criminal action, prosecutors say that the suspects told police they either participated in the robbery, its setup or the beating. 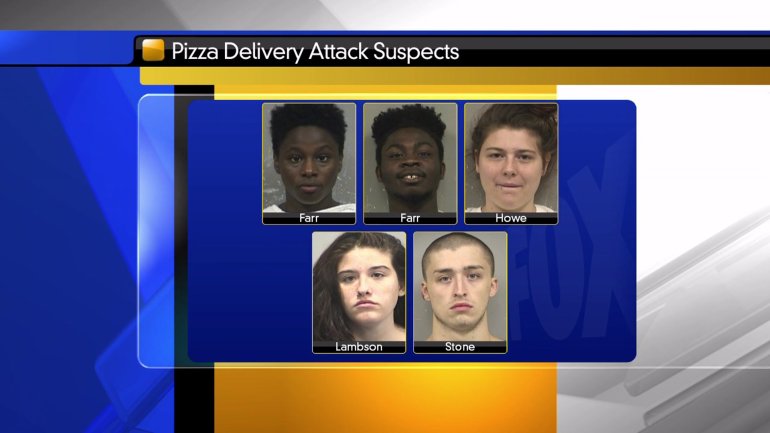