PECULIAR, Mo. — A metro man died as he lived, according to those who knew him. He was helping someone else.

Max Herrick made it his job to care for others.

“There wasn’t too many positions that he didn’t have over the years,” Ray-Pec High School Activities Director Tom Kruse said.

For 19 years, Herrick worked for the Raymore-Peculiar School District as a custodian, on buildings and grounds and eventually became the parking lot attendant. Kruse said that’s where Herrick shined with students, who became extended family. 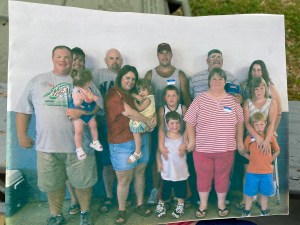 “He was a relationship guy,” Kruse said. “Max is the guy that everybody loved and so when you look back there’s so many life lessons that I learned from Max, just how to treat people.”

Helping a stranger was exactly how Max spent the last moments of his life.

He and his son, Bobby, spotted a woman having car trouble. She was on the side of I-49, just northwest of Harrisonville, Missouri.

They pulled over to lend a hand. Shortly after, authorities said the driver of a semi veered onto the shoulder and hit both vehicles.

“I think it speaks volumes of the way Max is and how he cared for, not only people he knew in his life, but people that he didn’t know,” family friend Matt Quest said.

The 73-year-old died. His son was taken to the hospital with injuries.

“You can’t put into words for what they went through,” Quest said.

The pair was on the way to Bobby’s house after comforting family in Peculiar. Herrick’s 18-year-old grandson, Adam, died just 6-1/2 hours before the crash.

“[Herrick] was definitely the heart and soul of that family,” Quest said. “Always will be and he will be deeply missed.”

Family said Herrick never missed a grandchild’s game or school concert. He and his wife went to several student events because of promises Herrick made working in the school parking lot.

“Students would say, ‘Hey, Max! Are you coming to our choir concert tonight?'” Kruse remembered hearing, “‘Yes, I’ll be there.'”

There Herrick would be, front row with a big smile on his face and probably a joke to tell.

Herrick was a Vietnam veteran. Family tells FOX4 he will be buried in the Missouri Veterans Cemetery in Higginsville, Missouri.

Florida bill would ban driving in the left lane

Can a drugstore be your only doctor?

WHO updates list of meds to stockpile for emergencies

With ChatGPT growing popular, what’s a parent to …