BLUE SPRINGS, Mo. — An Independence woman fears the surveillance cameras at a thrift store in Blue Springs are in a position that would allow someone to peep in on someone changing.

Kalley Lamport and her mom, Kristey Badart, love bargain shopping at Goodwill, but a trip to the Blue Springs store in late August didn’t sit right with them.

She was trying on a shirt in the changing room when one of the store’s dome surveillance cameras caught her eye.

“I don’t want other people staring at me when I’m changing,” she explained. “[It] makes me feel uncomfortable.”

Lamport snapped pictures from inside three of the store’s changing rooms. They appeared to show two cameras within direct eyesight of the rooms. 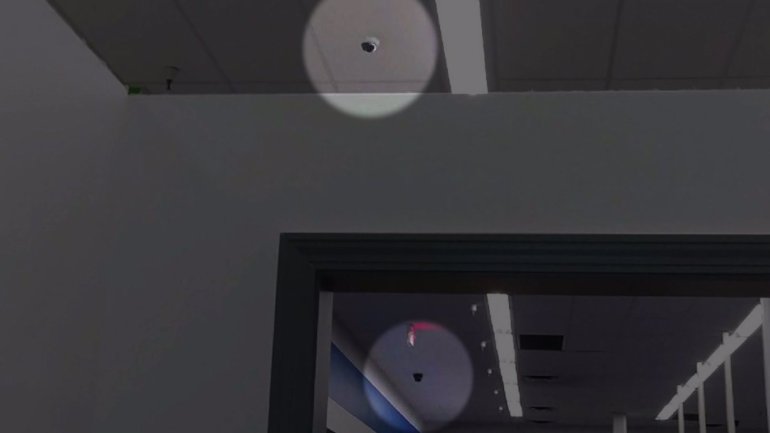 “I didn’t realize they were right there,” Badart added. “I said, ‘You’ve got to be kidding me?’ I said, ‘You think there are really cameras in those things?’”

Lamport reached out to Goodwill corporate about her concerns on two separate occasions but never got an explanation.

So FOX4 got involved.

Tony Dorrell, the director of risk management for Goodwill Western Missouri and Eastern Kansas, confirmed the cameras are real but that they face the opposite direction of the changing rooms.

“We have reviewed her comments and photos and can state without reservation that the two video surveillance cameras in question are not directed at, nor can these dome cameras depict video of any activity in the store’s changing rooms,” Dorrell wrote in a statement to FOX4.

Dorrell provided screenshots of the cameras in question. One was focused on the store’s cash registers, while the other camera faced the front entrance. 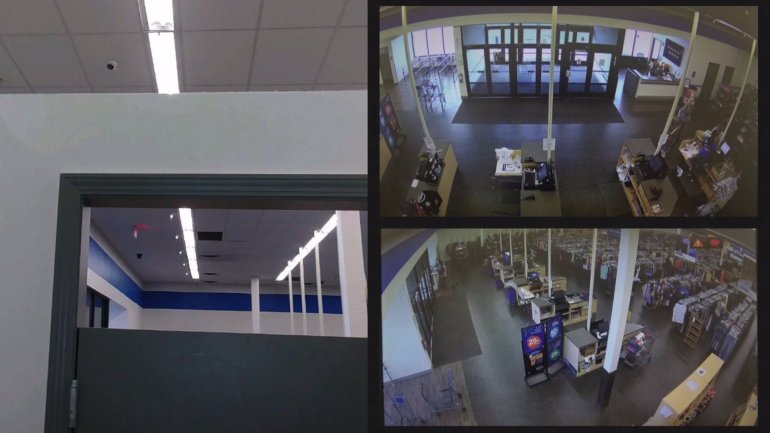 He went on to explain that the security cameras are locked into a fixed position and don’t have the capability to pan, tilt or zoom.

Dorrell said they installed the cameras after the Blue Springs City Council passed an ordinance requiring retail stores – larger than 12,000 square feet – to have them to improve public safety.

Lamport and her mom still have their reservations.

The two said they would feel more comfortable if the store, at least, considered raising the doors to the changing rooms so the cameras are out of view.

“They need to come up with something better,” Badart said.

“I hope they fix it because, if not, I probably won’t go back,” her daughter added.

“We appreciate all of our shoppers and donors’ concerns, as well as their request for information, as we strive to provide the exemplary retail customer service, we have become known for over the past 125 years,” Dorrell’s statement concluded.

As a parent, Liz Pray accepts her 13-year-old son's return to school.

As a school nurse, she doubts the Moses Lake School District in central Washington state is prepared for the challenges that come with schooling amid the coronavirus pandemic.