JEFFERSON CITY, Mo. — After a year of devastating flooding, several Midwestern states are joining together to try to identify bottlenecks along the Missouri River that can cause waters to back up and worsen flooding in certain areas.

Officials in Iowa, Kansas, Missouri and Nebraska teamed up to submit a draft study proposal Tuesday to the U.S. Army Corps of Engineers, which manages dams and helps design many of the major levees in the Missouri River basin, said Dru Buntin, deputy director of the Missouri Department of Natural Resources.

The analysis, which could take up to six months to complete, would identify constriction points such as levees, roads or bridge embankments that can increase the river’s chances of flooding. Federal, state and local officials then could come up with alternatives as part of a regional approach to reducing the damage from future floods, Buntin said.

“We’re not going to go back to the years in the past, where all of the sudden once the flood’s over we go back to the same practices, the same ways that we have always done things,” Missouri Gov. Mike Parson said. “It’s time to make changes.”

The plan was announced at the first meeting of a Missouri flood recovery task force. Other states and cities also are rethinking the way they rebuild from floods, which some experts contend are becoming more likely due to climate change. Some officials from Midwestern states also have blamed the Corps’ river management practices for contributing to the floods.

Col. John Hudson, commander of the Corp’s Omaha District, cautioned that fixing pinch points along the river is not a long-term solution because new problem spots could emerge elsewhere. The bigger challenge, he said, is the overall care and capacity of the Missouri River system, which includes six major dams in South Dakota, North Dakota and Montana.

The Corps has estimated that it could cost more than $1 billion to repair levees damaged by this year’s flooding in the Missouri River basin. Flooding and severe storms have caused an estimated $1.2 billion of additional damage to public infrastructure in about two dozen states, according to an Associated Press analysis.

Those figures don’t include damage to homes, businesses and farms. In Missouri alone, an estimated 1.2 million acres (0.49 million hectares) of farmland were flooded and more than $100 million of crop insurance already has been paid to more than 12,000 claimants, federal and state officials said Tuesday. 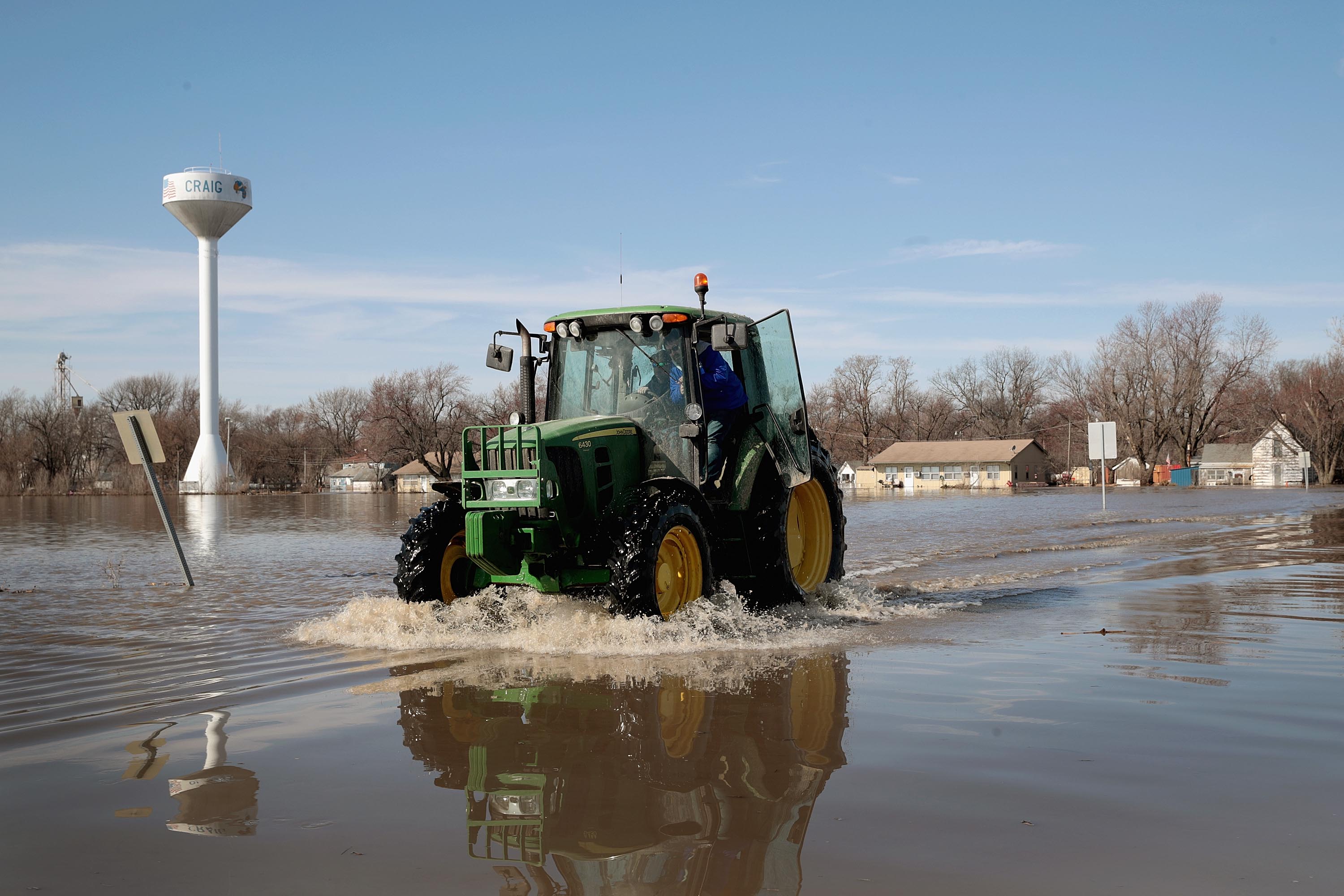 Officials hoping to fix flood bottlenecks pointed to Iowa Highway 2 as one example. The four-lane road was flooded and washed out along its approach to a Missouri River bridge that connects with Nebraska. Highway engineers say part of the problem rests with a levee that juts closer to the river at that point, creating a narrow passageway for raging floodwaters.

The Iowa Department of Transportation has approved a $34 million project to re-align the levee and build a pair of 1,000-foot-long (305-meter-long) bridges before the road reaches the main Missouri River bridge. By widening the path for flood waters, studies indicate the upstream water level could drop by as much as 1 foot during a major flood, said Charlie Purcell, director of the project delivery division at the Iowa Department of Transportation.

“It basically reduces the amount of water that kind of piles up upstream of the bridge location,” Purcell said. “It will lessen the likelihood of levee overtopping.”