PECULIAR, Mo. — A history teacher in the Raymore-Peculiar School District is under indefinite suspension over a lesson he taught in one of his classrooms. Just weeks before he planned to retire, Ken Simon was yanked from his classroom for showing a video to his class, which was made up of mostly seniors.

Simon has taught history for Raymore Peculiar High School for 47 years, but this year a law enforcement class was added to his teaching assignments. Simon says he combined his background in history and law enforcement to bring students a unique perspective. He said the purpose of showing the video was to show how things have changed since 1959.

Portions of the film showed a forming relationship between a man and a boy, but seemed to classify all homosexuals as criminals.

“Yeah. It says it is a mental illness,” said Simon. 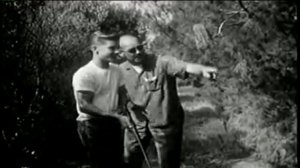 The film was produced by the Ingelwood, Calif., Police Department, for training purposes. The film sets up a scenario of a boy named Jimmy and man named Ralph.

‘Jimmy played baseball all afternoon and didn’t feel like walking home so he decided to thumb a ride,’ the film explains. ‘You see, Ralph’s a homosexual, a person who demands an intimate relationship with members of their own sex, but by now Jimmy felt a fondness for Ralph and they continued to go places together,‘ the film continued.

Simon says a student complained and the administration rejected his reasoning of using the old film.

“I did say right when I started, let’s look at this and see how things have changes since 1959,” Simon said.

Now, parents and others in the community and district who know Simon have signed a petition to give Mr. Simon his job back.

“He told me I was being suspended indefinitely, with pay, and I go, ‘Pay doesn’t matter! I wanted to finish the year with these kids,'” Simon said.

Donna McDonald is one of 1,300 people who has signed the petition. She comes from a family of six, who between them have 20 children altogether. All of them have been or are attending Ray-Pec and have been taught by Mr. Simon.

“Everyone who knows him knows how wonderful he is. If there were more teachers like him, it would be a better place,” she said. “We have to stand behind our teachers.”

When FOX 4’s Shannon O’Brien asked for an interview to explain the district’s position, the Raymore-Peculiar school superintendent said he could not comment on personnel issues. 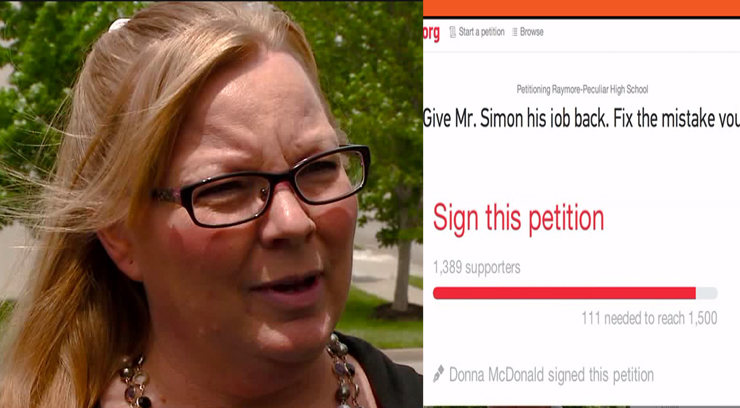