WASHINGTON, Mo. — The Missouri Highway Patrol says a MoDOT worker was struck and killed Thursday morning in a work zone. The fatal crash happened on Highway 100 near Buchheit Road, just outside New Haven. It happened just after 9:00 a.m.

FOX 2 in St. Louis reports that MoDOT was setting up for a ‘flushing operation’, where they clear road salt and other material off the bridge over the creek there. They say they had their signs and lights up and their impact attenuator on the back of the truck, which is meant to cushion their truck during an impact. The worker was standing in front of the truck when a Passat station wagon driven by an 80-year-old man hit the worker. The driver from Hermann, Mo., apparently swerved to avoid a dump truck also in the eastbound lane.. The impact sent the worker flying into the air. He landed on the hitch of the truck that tows the attenuator. He was dead at the scene. The MoDOT worker was identified Thursday afternoon as Lyndon Ebker, 55, a senior maintenance worker.  He had been with MoDOT for 30 years.

The driver of the car who hit Ebker was taken to the hospital with what appeared to be non- life-threatening injuries.

“It’s not too early to say what we need to learn from this and that is that you need to pay attention, you need to be aware of your surroundings when you enter into a work zone,” said Sgt. Al Nothum, Missouri State Highway Patrol. “I don’t know what exactly happened here. I don’t know why this individual did not see the truck and the MoDOT employees, but we know he did not see them soon enough. So, these are the things we’ve got to stop doing.”

“It’s just about warning people exactly what happened here today. Warning them to slow their speed down, pay attention, read the signs,” said Sgt. Nothum to FOX 2‘s Roche Madden. “We just can’t have people be run over like this.”

The Missouri State Highway Patrol did not have any other details, but look for more information on FOX 4 newscasts and fox4kc.com.

Locally, it brings to mind the fatality in September 2012, when MoDOT worker Clifton Scott was killed when he was working an accident on I-70 near 291 Highway. In that case, the 15-year MoDOT veteran was putting up cones to warn drivers when David Murdick sped through the cones, hit Scott and his truck and killed him. Court records say Murdick had a blood alcohol content twice the legal limit of .08. He was sentenced to nine years in prison for involuntary manslaughter.

There is no indication or information yet on whether the driver in the New Haven crash may have been impaired, distracted or suffered an emergency of his or her own. 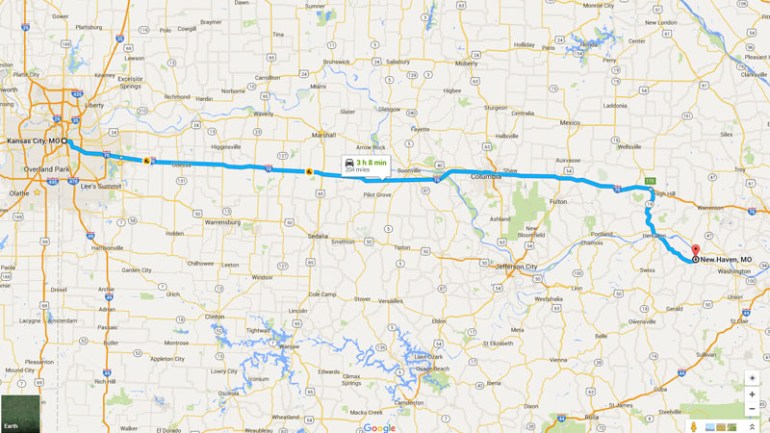 KANSAS CITY, Mo. -- It wasn't the typical concert for one country star.

Instead of filling a stadium, Casi Joy performed at a neighborhood party.

KASNAS CITY, Mo. -- The Steeple of Light is now shining bright through the Country Club Plaza for the first time in 14 months.

The previous 25-year-old lights ran their course, so the church had to fundraise $80,000 for four new lights

Steitz said this weekend is a beautiful moment. Not only were the lights missed, but worshipping in person was too.

KANSAS CITY, Mo. -- The Kansas City Monarchs are preparing for the season with Fan Fest at Union Station.

The iconic name is finally coming back to Kansas City and head coach Joe Calfapietra is excited for his young ball club to take the field.

Ahead of Harris meeting, Mexico president accuses US

How valuable is your favorite team? Forbes just ranked the top 50