KANSAS CITY, Mo. — It’s a Kansas City first, according to police. More than 100 birds were rescued Wednesday in a suspected cockfighting operation busted on the east side of Kansas City.

The cockfighting ring was discovered by an animal control officer when he was called out to the neighborhood near 24th Street and Cypress Avenue for a stray dog. When he got in the area, he heard a bunch of the sounds of chickens and suspected something sinister was going on.

“These animals have been bred to fight,” said KCMO Animal Control Special Investigator James Donovan. “They were very aggressive. They attacked several of our officers when they were trying to remove them.”

Sources say spurs, which are weapons put on roosters during a cockfight, were found in one of the houses. Training tools used for endurance and stamina, dietary supplements such as B-12 and Karo syrup, often fed to birds that battle and antibiotics used to treat injured roosters after fighting, were also taken as evidence.

“Usually there is gambling and narcotic activity that goes along with this type of operation, but it is a pretty good sized business otherwise people wouldn’t be doing it,” Donovan said.

In total, 134 birds were seized including roosters, hens and chicks and nine dogs and puppies for a total of 143 animals in this small space.

A man and woman who live in one of the homes are under arrest. Cockfighting is illegal, but the charges that may be brought against the ring leaders are unclear.

See photos from the incident below: 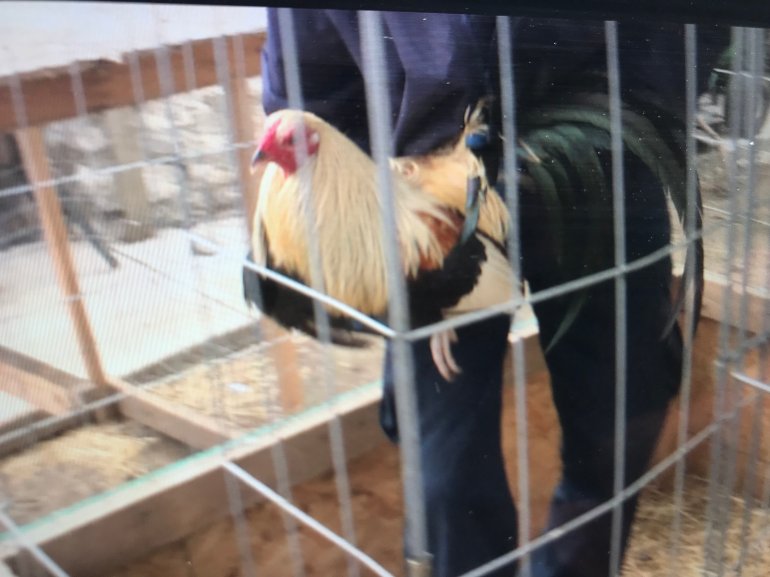