“Unfortunately, this isn’t the first time we’ve had this kind of threat approach us,” Kansas City Councilman Jermaine Reed said.

State Sen. Bill Eigel, a Republican from St. Charles County, is proposing Senate Bill No. 112, which would gradually phase out the 1 percent earnings tax in both of Missouri’s largest cities over the span of 10 years.

Reed said abolishing the tax would take a dramatic bite out of city coffers.

“It’s $262 million that would be impacted in our general revenue,” Reed said. “That’s nearly 42 percent of our city budget.” 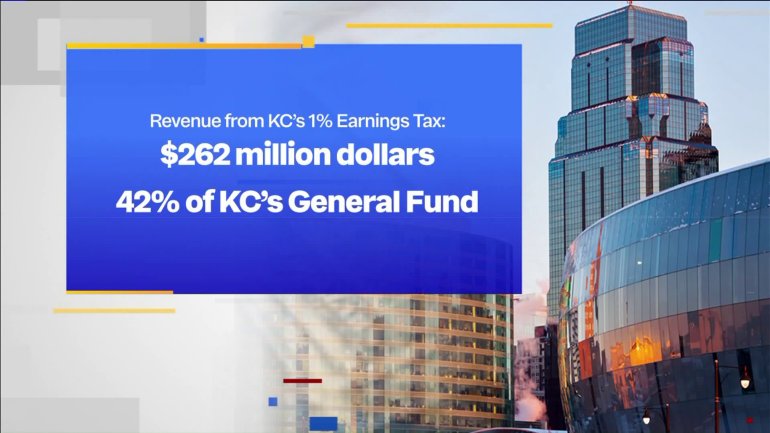 The vast majority of those dollars pay for essential city services like police, fire and trash pick-up services.

“Any kind of cut to that form of revenue for the city really would be a serious and drastic blow to our ability to provide the most basic of city services that we provide for our residents,” said Chris Hernandez, spokesman for Kansas City.

Kansas City voters approved a ballot measure to maintain the earnings tax in 2016 by a 3-to-1 margin.

Kansas City and St. Louis are Missouri’s only two cities with an earnings tax.

Eigel didn’t return phone calls from FOX4, but in a recent letter to the St. Louis Post Dispatch, Eigel wrote:

“The real issue here is one of fairness and equality; every Missouri citizen deserves the same protection from certain forms of taxation regardless of where they reside. What is protected for rural and suburban residents should be protected for urban constituents. The economic upside is just the icing on the cake. Let’s repeal the earnings tax.”

MINNEAPOLIS (AP) — A former Minneapolis police officer charged in the death of George Floyd has been released from jail.

OLATHE, Kan. — You may have heard more loud bangs in your neighborhood this Fourth of July as amateurs took over for the pros following canceled fireworks displays.

Olathe moved forward with its fireworks spectacular. People watched through their windshields because they had to sit in their cars.

KANSAS CITY, Mo. -- A young child is recovering after being struck by a car late Saturday night.

According to the Kansas City Police Department, a 4-year-old boy was struck by a pickup truck near 16th and Benton Blvd shortly before 9:30 p.m.