MIAMI, Fla. — Before the Chiefs and 49ers took to the field to play in the most anticipated football event of the year, the NFL honored basketball legend Kobe Bryant with a moment of silence.

The NBA star died last Sunday in a helicopter crash along with his daughter and seven other people. Sporting events over the past week have held tributes and moments of silence for the renowned athlete. 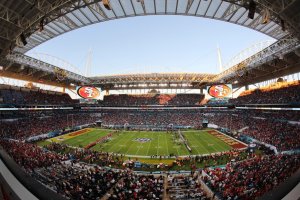 During Super Bowl Sunday, the NFL also held a moment of silence for Chris Doleman, the Hall of Fame Vikings defensive end who died of cancer last week.

The tribute inside Hard Rock Stadium included a picture of Bryant and his daughter Gianna. The Chiefs and 49ers lined up on both 24-yard lines — a nod to  Bryant’s Lakers number. The tribute came after the pregame warm-ups.

49ers cornerback Richard Sherman came to the stadium wearing a Bryant jersey under his suit jacket. Sherman has been one of the most vocal players this week about his admiration for Bryant. 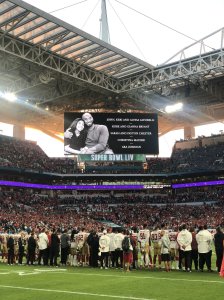 Investigation in progress and funeral considerations

An investigation is underway into the deadly helicopter crash in California. Funeral arrangements are also coming together for Bryant, his daughter, and the other victims.

National Transportation Safety Board investigator Jennifer Homendy stressed an initial report into the crash will only include facts, and it won’t include a determination of what went wrong. The final report may take up to 18 months before it is revealed to the public.

The agency could issue safety recommendations prior to the final report. Investigators may make a push to require terrain awareness warning systems — TAWS — and audio and data recording “black boxes” for helicopters. The FAA rejected similar recommendations years ago but could take another look now.

A date has not been set for Bryant’s funeral. A public memorial could be held at the Staples Center or at a football stadium to accommodate what could be a massive crowd. 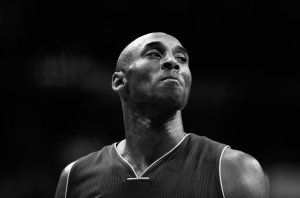 WASHIINGTON — Colin Powell, former Joint Chiefs chairman and secretary of state, has died from COVID-19 complications, his family said Monday. He was 84.

According to Powell’s family, he was fully vaccinated and was receiving treatment at Walter Reed National Medical Center.

PARKVILLE, Mo. -- Downtown Parkville is a walkable spot filled with shops and restaurants and on Saturday night, it was a booming area with a beer festival being held in the area.