KANSAS CITY, Mo. – A teen who survived being shot in the head nearly four years is reaching another milestone.

“I’m definitely proud of myself and yes it was definitely hard,” Class said.

Class and her mother were shot at point blank range inside their Northland home in July 2015 by an unknown gunman. The motive behind the shooting was never given but police released a composite sketch of the man believed to be the shooter.

“It’s scary,” she said about the gunman still being on the loose. “I mean for all I know he could be right down the block.”

Reagan doesn’t remember a lot about the shooting. Doctors warned her parents that she might not survive and if so, she would likely be in a vegetative state.

“I don’t even know if she understands how bad her injuries were,” Daniel Class, her father said. “The first thing she talks about is her shoulder or her thumb when a big chunk of her brain is gone.”

Reagan spent three months in the hospital and several more in rehab. She has undergone 11 surgeries related to her injuries.

Her father said she nearly missed her entire freshman year of high school because of treatment.

“For her to still graduate on time with the class of 2019 is pretty amazing,” he said. 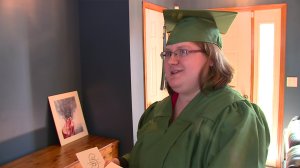 He said Reagan was once an A student, but she struggled to excel after the shooting. Still, she pushed through the pain and adversity and earned her diploma.

“People use the word miraculous a lot and to see what she’s been through, the word isn’t strong enough,” her father said.

Aside from the obvious scars, Reagan also has trouble processing information.

She said her journey hasn’t been easy, but she won’t let what happened to her define her future.

“Go confidentially in the direction of your dreams. Live the life you have imagined,” she read aloud a quote printed on her graduation announcement. 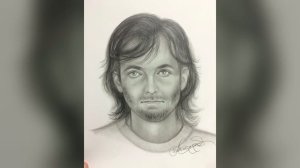 INDEPENDENCE, Mo. – A Kansas City man has been charged in connection with the fatal shooting of Juan Hernandez at a CVS store on 23rd Street in Independence, Mo.

KCMO Police were in the area of Meyer Boulevard and Swope Parkway around 10:30 p.m. Friday when they heard multiple gunshots.