BONNER SPRINGS, Kan. — Westbound lanes of Interstate 70 on the Kansas Turnpike reopened early Wednesday morning at 174th Street after investigators collected crash evidence and cleared the debris from the scene of a deadly crash that killed at least five people died on Tuesday. The number of dead victims rose after the discovery of a sixth vehicle trapped underneath a wrecked tractor-trailer.

A semi-driver reportedly hit a vehicle that caused a chain reaction in the westbound lanes, and set off a fire on Tuesday afternoon.  Of the six vehicles involved, two were tractor-trailers.

Just as the sun was setting, crews were still at the scene working to investigate and remove wreckage, heavy equipment had been brought in to help move some of it. Hours after the fiery crash you could still see smoke coming off of one of the semi trucks involved. One of the trucks was towed from the scene.

The Kansas Highway Patrol confirms there has been construction in the area, and that the appropriate signs were posted. There is no word whether that was a factor in this crash. The names of the victims who died will not be released Tuesday night as work to determine what happened continues. 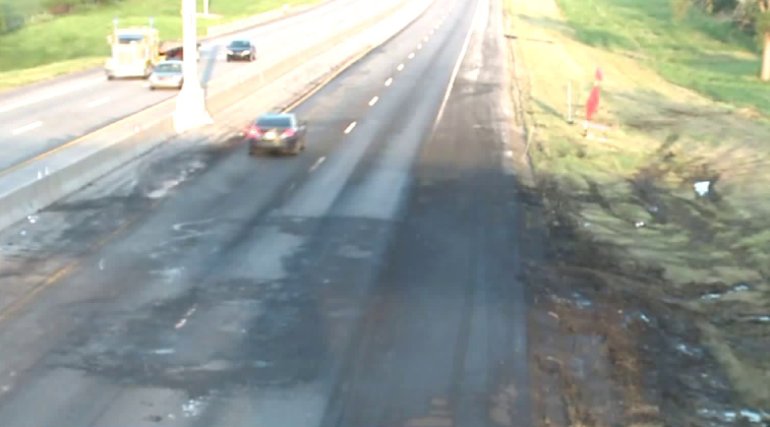 Early on, KHP said it could be hours before all lanes of traffic can reopen, and the eastbound lanes are clear. As midnight approached, the westbound lanes remained closed. KHP had suggested the alternate routes in the graphic below: 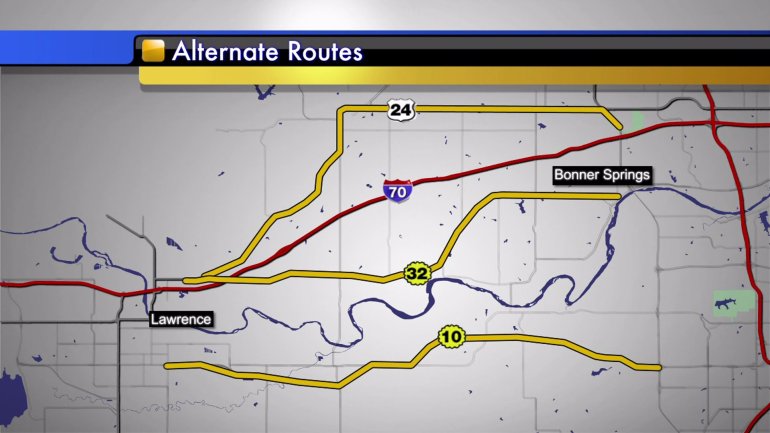 Dozens of rattlesnakes removed from underneath California woman’s home

SONOMA COUNTY, Calif. -- A California woman's home became the set of a real-life horror movie when dozens of rattlesnakes were found beneath her house.

The woman called Sonoma County Reptile Rescue on Oct. 2 after suspecting snakes were living under her Santa Rosa abode.

ORANGE, Calif. — Bill Clinton was said to be recovering from a urological infection Friday, and an aide to the former president said that Clinton was in an intensive care section of the hospital, though not receiving “ICU care.”

The aide, who spoke to reporters at the hospital on the condition his name wasn’t used, did not elaborate on the reason Clinton was in the ICU. He said Clinton had a urological infection that spread to his bloodstream, but is on the mend and never went into septic shock, a potentially life-threatening condition.

LEAVENWORTH, Kan. — A Leavenworth man has pleaded not guilty for allegedly throwing a dog kennel into the Missouri River with a dog inside of it.

Suspect in custody after shooting at cars on I-35, police say

The story of Missouri’s one and only shark attack

Jayhawks remind everyone of link to basketball history with unique uniforms

Suspect in custody after shooting at cars on I-35, police say

Dozens of rattlesnakes removed from underneath California woman’s home

‘It is time for change’: Newcomer challenges incumbent for seat on Fairway City Council