The incident was reported just before 8 p.m. Saturday near North 76th and Webster Ave. 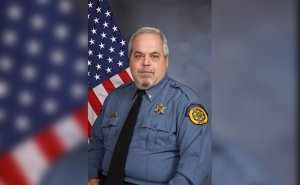 Investigators say the victim, identified as 56-year-old Captain Chris Arnold, was killed in a domestic dispute in his home.

A suspect has been taken into custody but has not been identified at this time.

Last summer, Wyandotte County deputies Theresa King and Patrick Rohrer were shot and killed by an inmate during a transport from court back to jail.

The incident remains under investigation at this time.

According to the sheriff’s office, Arnold would have turned 57-years-old Monday.