LENEXA, Kan. —  An Olathe man is facing charges after he tried to take pictures of women in the changing room at Nordstrom Rack, according to court documents.

On April 14, Lenexa police responded to the Nordstrom rack near 95th and Quivira on a report that a woman had seen someone holding a cell phone under her dressing room door when she was trying on a swimsuit. 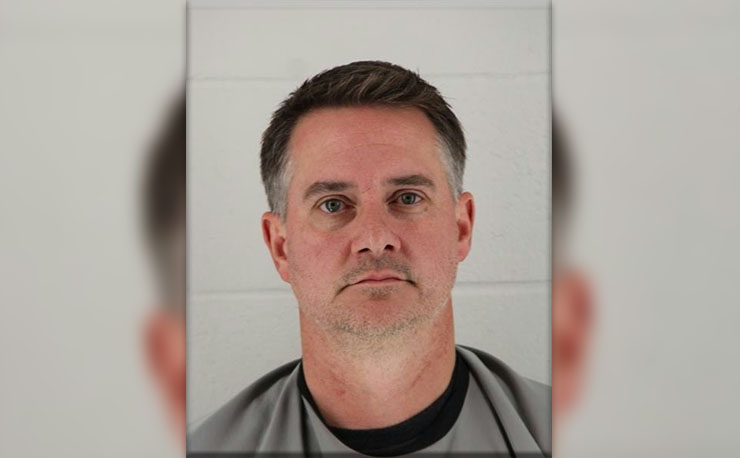 When she noticed the phone, the woman left the dressing room and got her friend. The friend entered the stall and was able to use her phone to record a suspect sticking his hand underneath the door with a camera.

When the second woman yelled, “I see you,” the suspect immediately removed the phone, according to court documents.

The suspect then left the store after a witness called police. Investigators were able to identify Falen through social media.

Police also determined that Falen was in possession of another upskirt video of a woman who worked at an apartment complex.

That victim told police she showed Falen an apartment, but had not given him permission to film under her dress.

KANSAS CITY, Mo. -- A former police officer has been sentenced to four months in jail after causing a fatal crash near Arrowhead Stadium in 2018.

Thirty-five-year-old Terrell Watkins was sentenced on July 7 after pleading guilty to first-degree involuntary manslaughter, two counts of second-degree assault and a misdemeanor careless and imprudent driving.

"There's obviously been a lot of stimulus put in the system over the last couple bills, and so the price tag for us would be that," Marc Short, Pence's chief of staff, said during an interview on Bloomberg Radio.

CAPE GIRARDEAU, Mo. -- Police have issued an arrest warrant after they say a man randomly attacked and hospitalized a 12-year-old who was dancing downtown on July 3.

Cedric Charles Moore, Jr., 27, was charged on June 6 with 2nd degree assault and 1st degree child endangerment, both felonies, according to a statement by the Cape Girardeau Police Department.